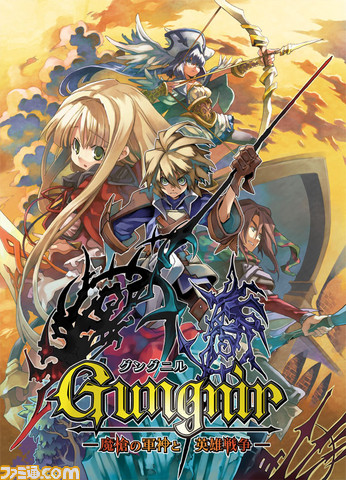 As mentioned then, two components play a central role in the game's battle system: Act Sequence and Tactics Gauge.

Act Sequence determines character movement order. A bar called the Act Sequence Bar is shown in the lower right corner of the screen. This shows numbers above each character. The number counts down, and when it reaches zero, you can move the character. You're free to select the character of your choice to move.

Having high amounts of Tactics Points will make your characters' attack strength rise. Tactics Points can also be used for some special moves:
-Scramble
By depleting your Tactics Points, you can make your Act Sequence timer jump down to zero. This can be used to quickly heal, or when you want to execute combo attacks.
-Boost
Give a boost to up to four members in the surroundings of the casting character. This only works when there are no enemies or objects in the way. The effect of the boost may be to increase attack strength, or it may change depending on the receiver's equipment.
-Beat
Allies in the surroundings of the enemy you're attacking will team up for combo attacks.

- Definitely a Sting A-team game. This isn't always a good thing. The UI and general interface is a huge mess. Text and icons all over the screen in both English and Japanese. You have no idea what is actually important and what is merely decorative.

- Feels like KitN in terms of direction but with even more Matsuno-isms. When you beat a map, it doesn't just say "Congratulations!" but it even has fireworks going off in the foreground. Lolz.

- This is the most traditional SRPG that the team has ever made, and it actually kinda sorta plays like you would expect a FFT/TO type 3D map SRPG to play like.

- There are differences though. Instead of using specific turn numbers, the game runs on a full day/night/time/date cycle. Each map starts on a specific date at a specific time, and time passes with each character's turn. Maps have deadlines, and if the date/time rolls over a certain length you lose.

- The usage of height is also interesting, because unlike TO you will always be able to move down from a higher height regardless of the height difference. The issue is that if you forcefully drop down, the height difference will result in fall damage for the character.

- In event scenes, sometimes you are allowed to make an actual story decision. There is a timer that counts down forcing you to make the decision quickly. Kinda like Sakura Wars games and Alpha Protocol.

- If you beat a map with no units lost and some other condition I forgot, extra treasure chests will appear in the next map to reward you. But since actually breaking the chests seem to make the mission harder, it seems to be an additional layer of challenge to consistently meet the conditions to trigger this for every map while also actually taking advantage of it and getting all the items in said chests.

- Yeah so basically it's a very Sting game, but it's also a somewhat traditional isometric turn based SRPG.

Famitsu has a first look this week at Gungnir, a new tactical simulation RPG from Sting and the staff that brought us Yggdra Union.

Gungnir is set in an empire where a war is being waged between rulers and the ruled. The story follows the exploits of a main character who's taken possession of the Gungnir, a lance that's said to house the god of war.

That main character is named Julio Ragwell. Since his youth, Julio has been part of the resistance group called the Esperanza and has taken part in many battles. He's grown skilled enough that he can command his own unit.

Also introduced in Famitsu are characters named Alissa, Elise and Ragnus Ragwell. Alissa is a girl who was apparently saved by Julio and his group when she was about to be sold. She's full of mystery. No details on the other characters yet.

Gameplay promises to retain orthodox strategy systems while adding new systems. One key system is the "Tactics Gauge," which you use to perform a variety of actions. The game also has a display called "Act Sequence," which indicates movement order.

Incidentally, the game actually has a much longer name than Gungnir. I'm not sure how to translate the other parts, though -- maybe "War God of the Magic Lance and the Heroic War." 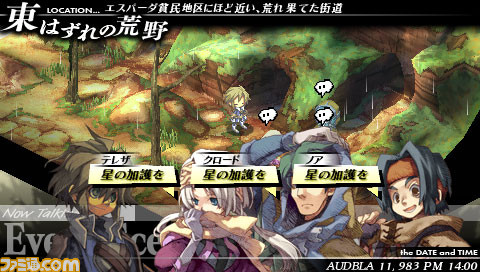 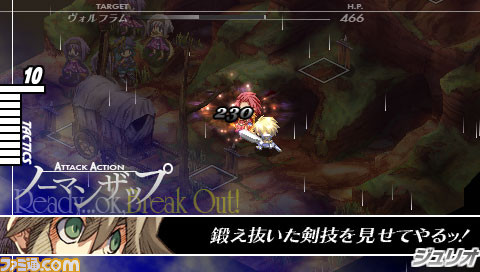 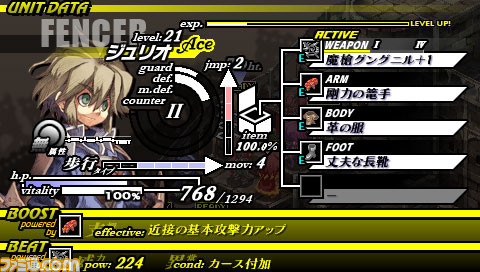 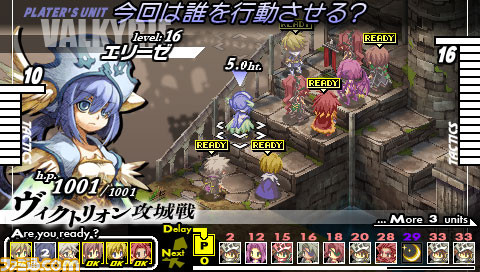 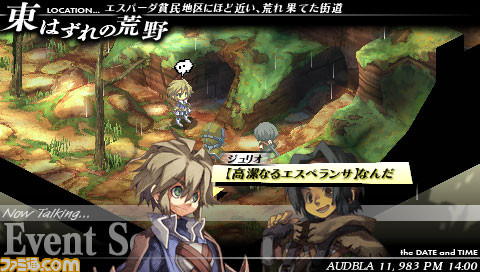 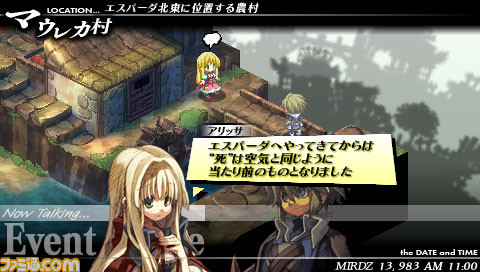 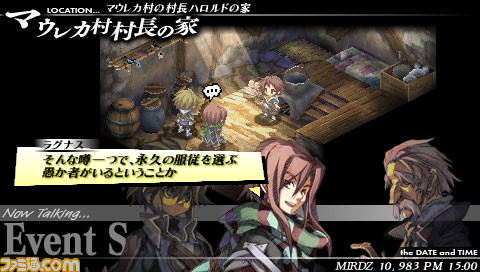 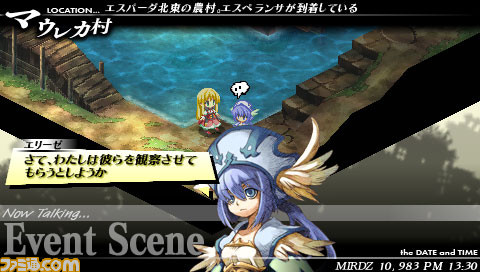 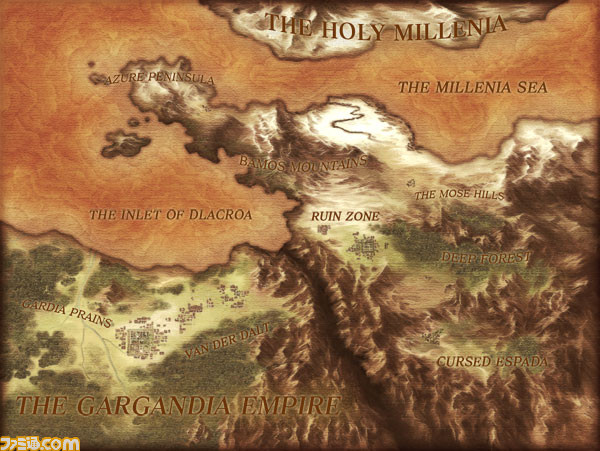 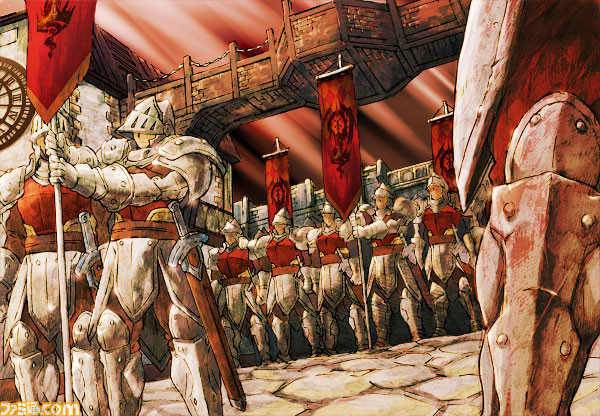 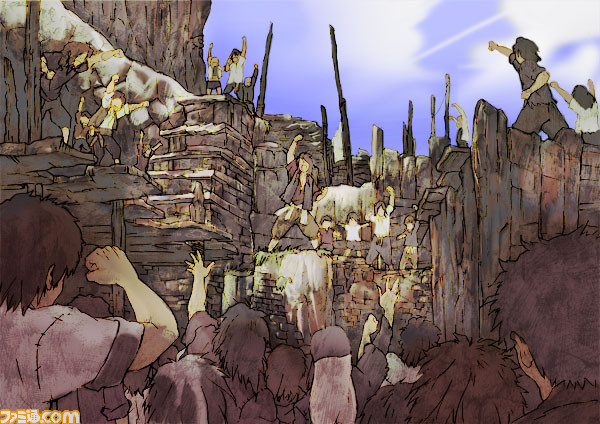 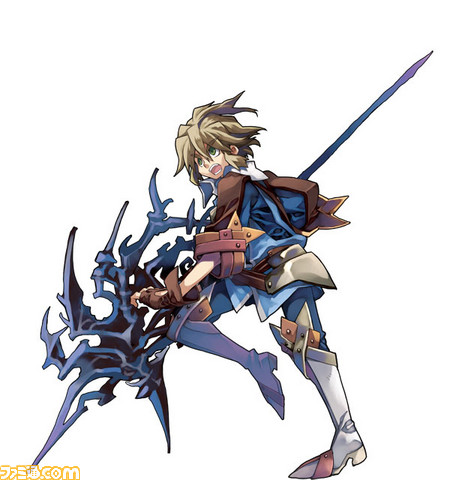 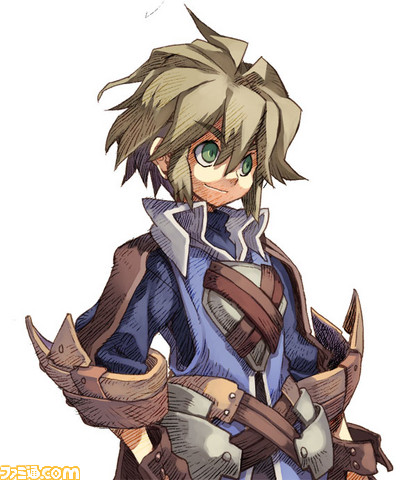 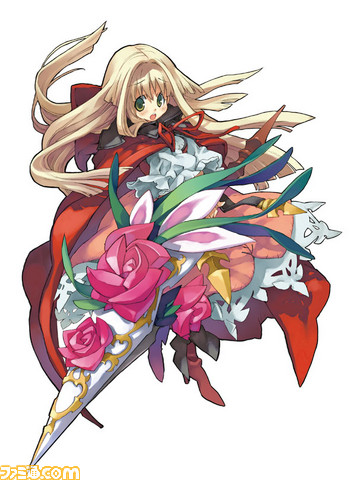 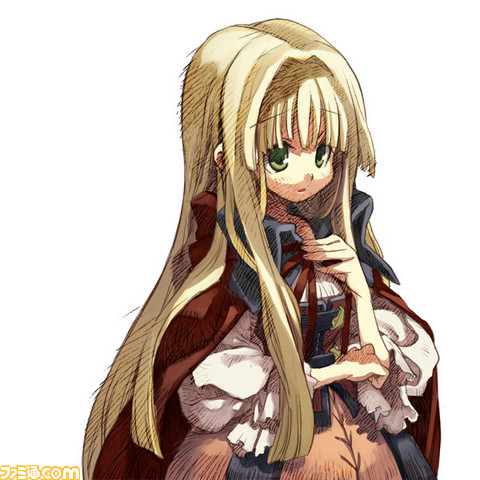 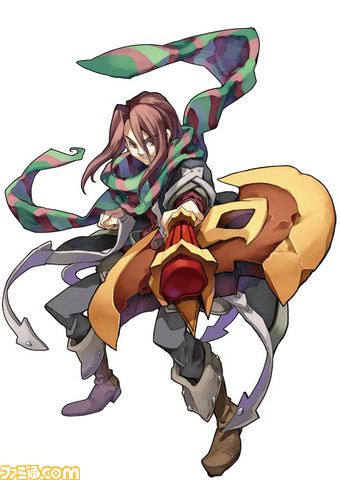 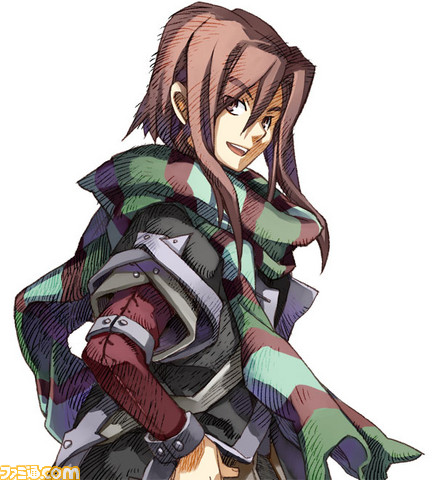 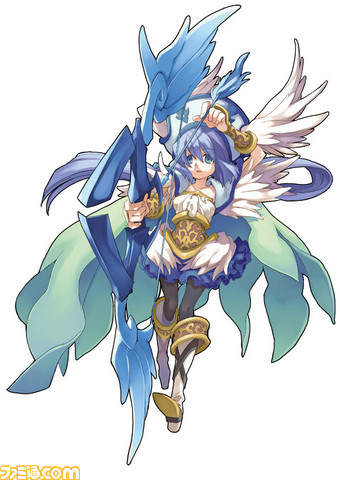 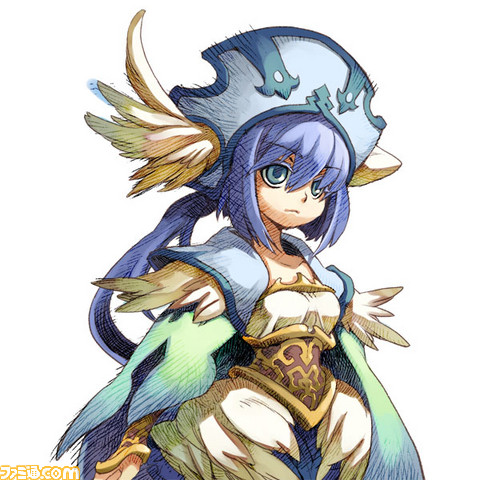