The Xbox One Will Be Out in China on September 29 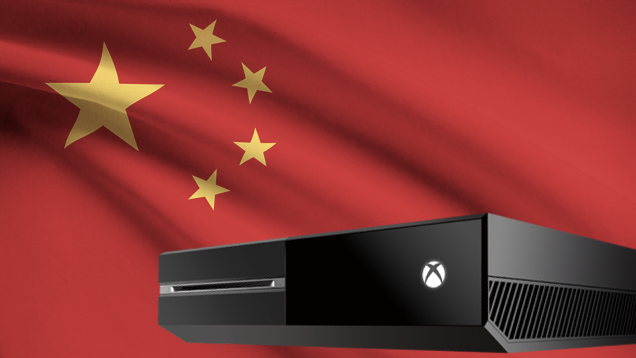 After an inexplicable delay yesterday, today Microsoft announced that the Xbox One will go on sale in China on September 29. Microsoft says it will be the first game console to launch in the mainland in 14 years.

Microsoft To Delay Xbox One Launch In China

The first mainstream video game console to launch in China in over 13 years has just been delayed.…Read more

"After receiving government approval for the first wave of games, we will launch with the first 10 games now and continue our work to bring more blockbuster games and a broad offering of entertainment and app experiences to the platform in the weeks and months to come," Enwei Xie, General Manager of Xbox China, said in an official release. "With extraordinary effort and seamless cooperation across parties, we are incredibly excited to deliver Xbox One to fans in China and we welcome them to the Xbox family."

"This milestone is significant for both our partnership with China and our global expansion plan. Every new market launch is unique and we're grateful to our fans for their patience and enthusiasm throughout the process," added Xbox head Phil Spencer.

Until recently, home consoles were banned in China. The ban was lifted in fall 2013.

Why Are Consoles Banned In China?

Video game consoles are illegal in China. Ironically, the Wii, the PS3 and the Xbox 360 are Chinese …Read more

Kotaku East is your slice of Asian internet culture, bringing you the latest talking points from Japan, Korea, China and beyond. Tune in every morning from 4am to 8am.