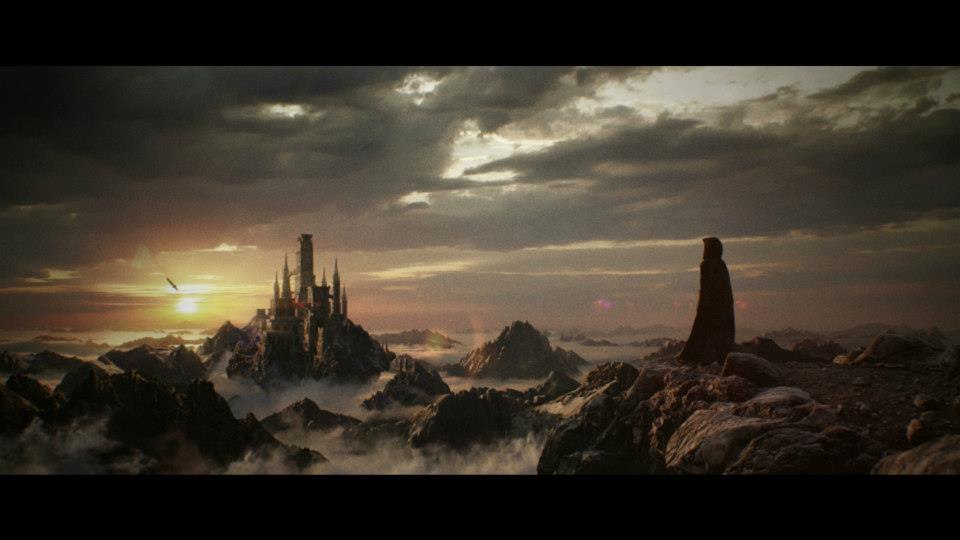 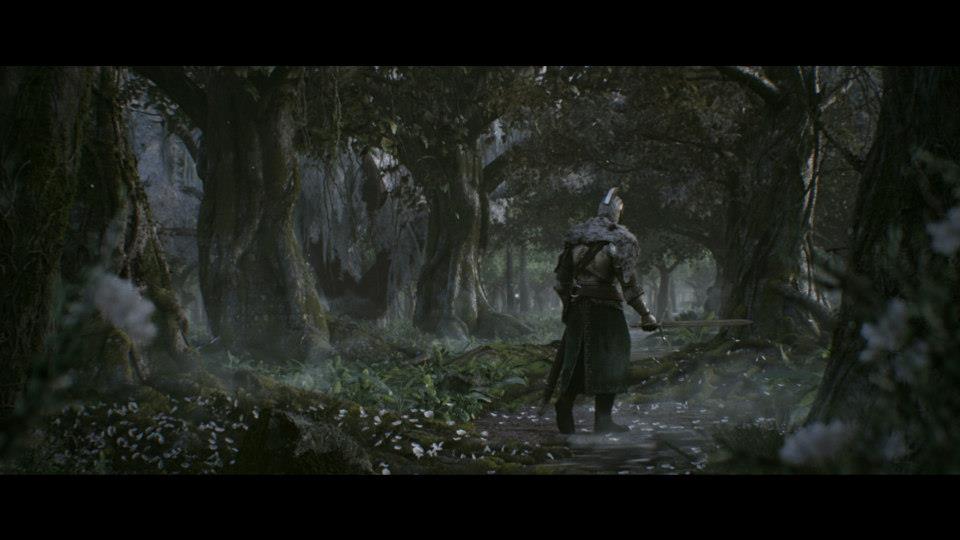 SAN JOSE, Calif. – December 7, 2012 – Leading video game publisher and developer NAMCO BANDAI Games America Inc. today proudly announces that the critically acclaimed Dark Souls™ saga marches forward with Dark Souls™ II, currently in development at FromSoftware in Tokyo, Japan. Dark Souls II will continue a legacy of goading its passionate fan base with unrelenting challenge and suffering that are considered a hallmark of the series; while presenting new devilishly devised obstacles for players to overcome. Dark Souls II will be available for the PlayStation®3 computer entertainment system, the Xbox 360® video game and entertainment system from Microsoft, and PCs.

Built upon the foundation established by Souls series creator and Dark Souls II Supervisor, Hidetaka Miyazaki with development helmed by FromSoftware Director Tomohiro Shibuya, Dark Souls II will feature a new hero, a new storyline, and an unfamiliar world for players to survive in while delivering its signature brand of unrelenting punishment that players hunger for. Epic battles with gruesome enemies and blood-thirsty bosses await adventurers as they traverse through a devastated world filled with death and despair; only those who are strong willed or cunning can survive this journey to achieve great glory. Players seeking to share their experience will discover a revamped server-based multiplayer mode that will put a distinct Dark Souls II twist on the concept of playing with others.

“Dark Souls II retains the core essence of Dark Souls while evolving to present new twists and challenges that are sure to please longtime fans and attract new comers to the series,” says Carlson Choi, Vice President of Marketing at NAMCO BANDAI Games America Inc. “FromSoftware is going to take a very dark path with Dark Souls II; players will need to look deep within themselves to see if they have the intestinal fortitude to embark on this journey.”

“This new chapter in the Dark Souls saga presents opportunities for us to drive innovation in gameplay design, develop an entirely new story, and expand the scope of the world in which the player interacts with the game. We have taken these necessary steps with Dark Souls II in order to evolve the overall experience of the Dark Souls series,” says Tomohiro Shibuya, FromSoftware Director on Dark Souls II. “The entire development team is striving to make Dark Souls II an experience that is fresh while not forsaking its roots in presenting players with challenging gameplay. Our goal is to surprise and delight our fans with new experiences and plot twists while enticing new players to join our dark journey.”

More details surrounding Dark Souls II will become available in the months leading to its release. Begin your Dark Souls II journey at www.DarkSoulsII.com or join the Dark Souls II conversation on Facebook at www.Facebook.com/DARKSOULS or follow us on Twitter at www.Twitter.com/Filthierich 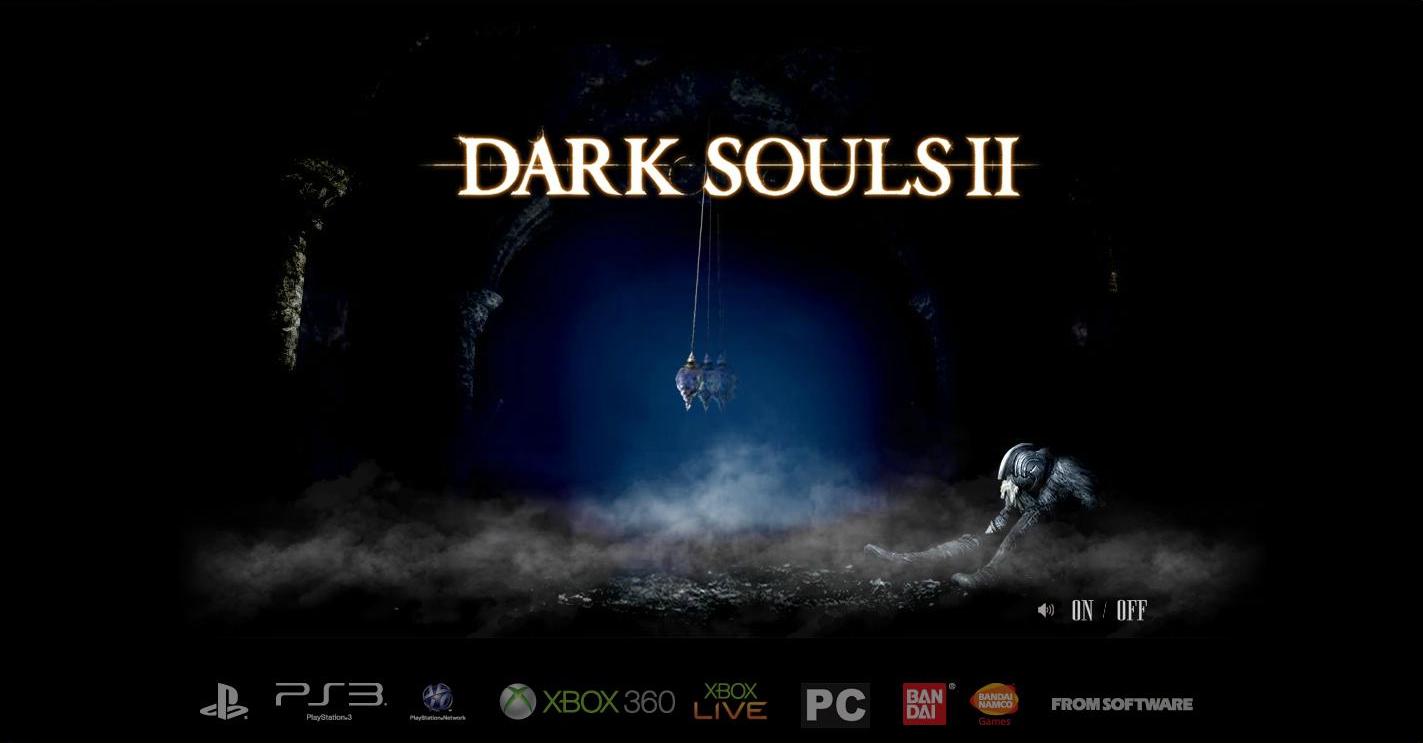 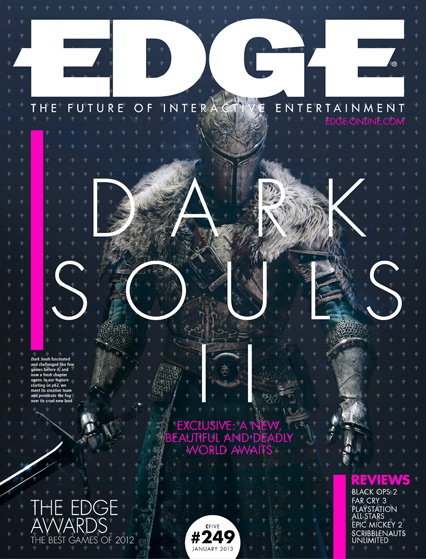 Dark Souls II was officially announced last night at the Spike Videogame Awards. We’ve already seen it, and it’s the cover star of our next issue, E249, out December 20.

An eternal battle rages at the heart of Dark Souls II. On one side stands the stern force of challenge, the very soul of the Souls series. It has inspired thousands of fans to hack their way through two of the most demanding and rewarding games of an era, fans who expect at least the same test on the next go around. On the other side is the bright promise of accessibility. And why not? Why shouldn’t FromSoftware and Namco Bandai open Souls up to a wider audience when it could otherwise be in danger of becoming stuck in a cult cul-de-sac?

There are many, after all, who have been put off by the series’ habit of obscuring its best assets from all but the most committed. Entire systems, such as Dark Souls’ covenants and Demon’s Souls’ World Tendency, remain mysteries to even reasonably experienced players – wouldn’t it be a service to the games to help everyone understand them better? On the other hand, isn’t the very nature of the Souls series about obfuscation and what it makes you work for? Aren’t its greatest pleasures about the slow crawl of discovery in a world that refuses easy interpretation? What would the series lose if it was made more explicit?

As we find out in issue 249, the answers to these questions are in the hands of game directors new to the Souls series, Tomohiro Shibuya and Yui Tanimura, who have taken the reins from Hidetaka Miyazaki. Their descriptions of how they intend to mould Dark Souls II into a more approachable form seem reasonable. But Shibuya admits that their approach will be influenced by their individual characters. “I personally am the sort of person who likes to be more direct than subtle,” he tells us. “[Dark Souls II] will be more straightforward and more understandable.” We sympathise if that sort of statement concerns you, but at the same time, we can surely agree that we would all like to see Dark Souls attain as great a presence as The Elder Scrolls. How it gets there is a worthy matter for debate, but it’s certainly a noble task.