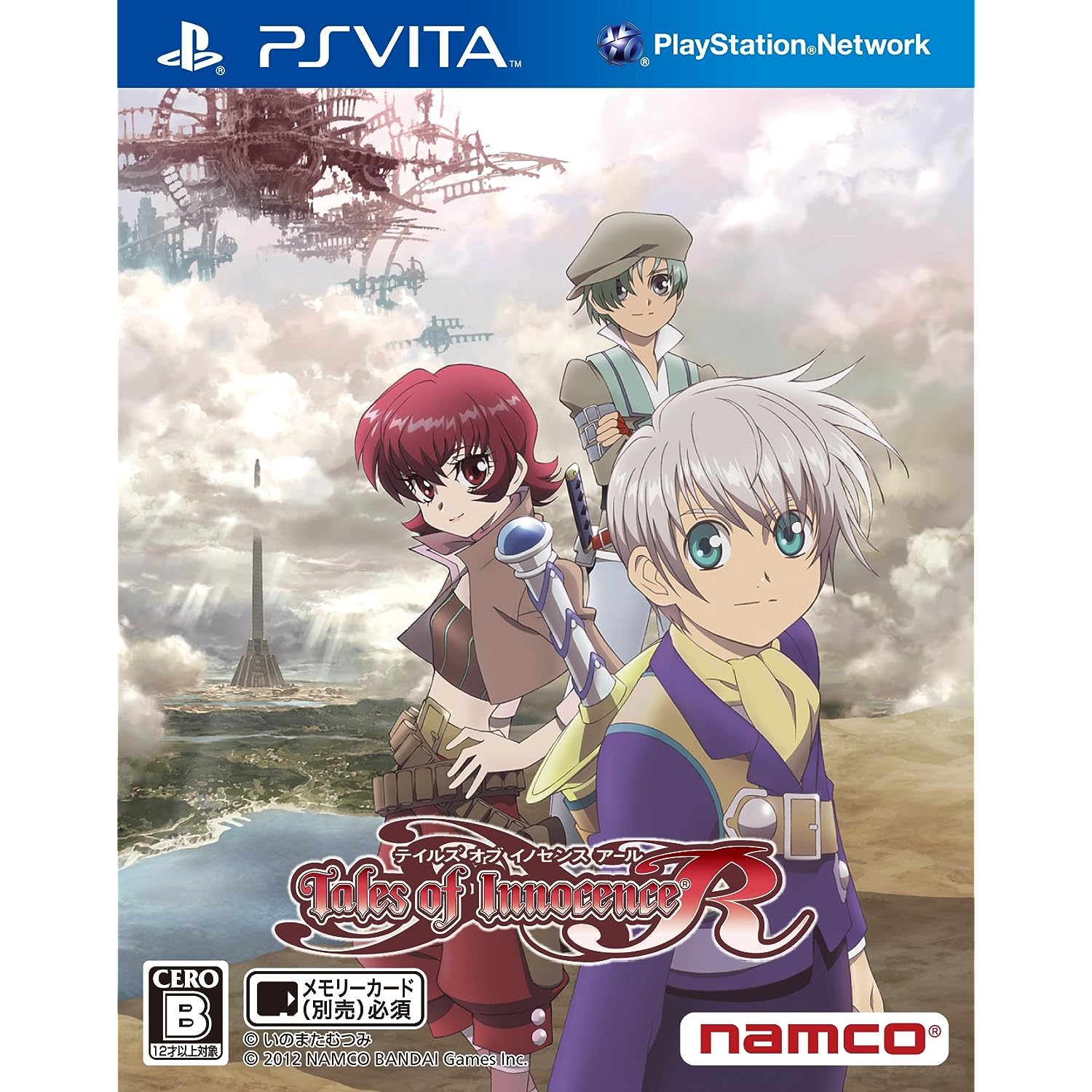 The "R" doesn't stand for remake, though. According to producer Ryuji Odate, the "R" stands for more than just "Remake." The game's theme is "Reimagination." They're redoing the scenario, battle and other areas. The game will also have a new opening.

The latest issue of Jump shows a new characters, Kyu Kyu, a young girl who's come from a different world claiming to be an archaeology student. She wears an eye patch, and not much else.

The Sorcerer’s Ring will play an important role in solving these mini-puzzles.

Tales of Innocence R will come out in Japan on January 26.

Adventure Skit Drama
A full voice adventure game that's set up like the series' skit conversation sequences. Depending on your selections, the ending of the drama will change. The content of the skit appears to consist of a Tales series crossover. Innocence R Main character Ruca and friends are excited about being able to adventure once again on the Vita. Jade, Rita, Shing, Caius, all from other Tales games, appear on the scene and say that they too want to have an adventure on the Vita.
Innocence R Fortune Clock
A clock app for your Vita which features Ruca and the other characters. The character you've selected will say the alarm time and fortune telling results to you.

Namco Bandai also made a more detailed announcement of Tales of Innocence R, which was revealed earlier this week to be a "reimagining" of DS's Tales of Innocence for PlayStation Vita. The Vita version promises new characters, new scenarios, full voice, and a remastered story. Namco Bandai is also readying a new theme song, New Day, New Life, performed once again by Kokia.

At the press conference, Namco Bandai noted that the game uses the Vita's touch features for its "Direct Interaction Linear Motion Battle System," letting you tap a party member to issue skill commands.