Rockstar Games is developing remakes of Grand Theft Auto III, Grand Theft Auto: Vice City, and Grand Theft Auto: San Andreas for PlayStation 5, Xbox Series, PlayStation 4, Xbox One, Switch, PC, Stadia, iOS, and Android, according to a Kotaku report, which Gematsu can corroborate.
The remakes are reportedly being developed in Unreal Engine using a mix of “new and old graphics,” with one source stating that the visuals reminded them of a heavily-modded version of a classic Grand Theft Auto title. The user interface will also be updated, but retain the same classic style. While details on gameplay were not shared, the remakes are said to stay as true to the original games as possible. Though Gematsu has heard that there will be some content changes to make the games more suitable for modern audiences.
Rockstar Dundee (formerly Ruffian Games), which Rockstar Games announced it acquired in October 2020, is said to be the main developer of the remakes, as well as lending a hand on the PlayStation 5 and Xbox Series versions of Grand Theft Auto V due out on November 11.
The remakes are reportedly due out around late October to early November for consoles, with the PC and mobile releases possibly slipping to 2022. As for the release model, it is said that all three games will be available in a single package, which may only be sold digitally.
Kotaku also reports that Rockstar Games has plans to develop new ports of games like Red Dead Redemption, but that whether these plans are realized depends on the success of the Grand Theft Auto remakes.
VGC editor Andy Robinson also corroborated Kotaku’s report. 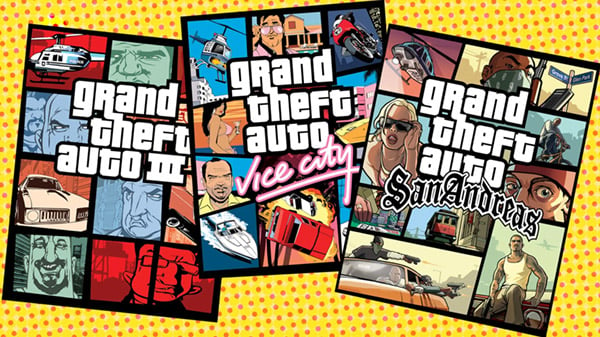