Hardware
March video game hardware dollar sales were 47% higher than a year ago, at a March record $680 million. The previous high of $552 million was set in March 2008. Year-to-date hardware spending totaled $1.4 billion, an increase of 81% compared to a year ago.
Nintendo Switch was the best-selling hardware platform in both units and dollars during the month of March. In the first quarter, Nintendo Switch was the unit sales leader while PlayStation 5 ranked first in hardware dollar sales.
PlayStation 5 is the fastest selling console in U.S. history in both unit and dollar sales (lifetime sales with five months on the market).
On the hardware side, both new gen consoles still selling out immediately. Chips a big problem
software
Call of Duty: Black Ops Cold War returned to the top of the monthly best-sellers chart in March. Call of Duty: Black Ops Cold War was also the best-selling title of both the first quarter as well as the 12-month period ending March.
Monster Hunter: Rise debuted as March's 2nd best-seller, while also ranking 1st on Switch. With just one month on the market, lifetime dollar sales of Monster Hunter: Rise rank 2nd amongst all Monster Hunter franchise releases, trailing only Monster Hunter: World.
Outriders launched as the 3rd best-selling game of March. Outriders ranked as the #3 best-selling game on both Xbox and PlayStation platforms.
Mario Kart 8 placed 6th on the March 2021 best-sellers chart. Mario Kart 8 is the best-selling racing genre video game in U.S. history.
The March launch of the Switch version of Crash Bandicoot 4: It's About Time helped the title rise to #15 on the March best-sellers chart after placing 65th in February. 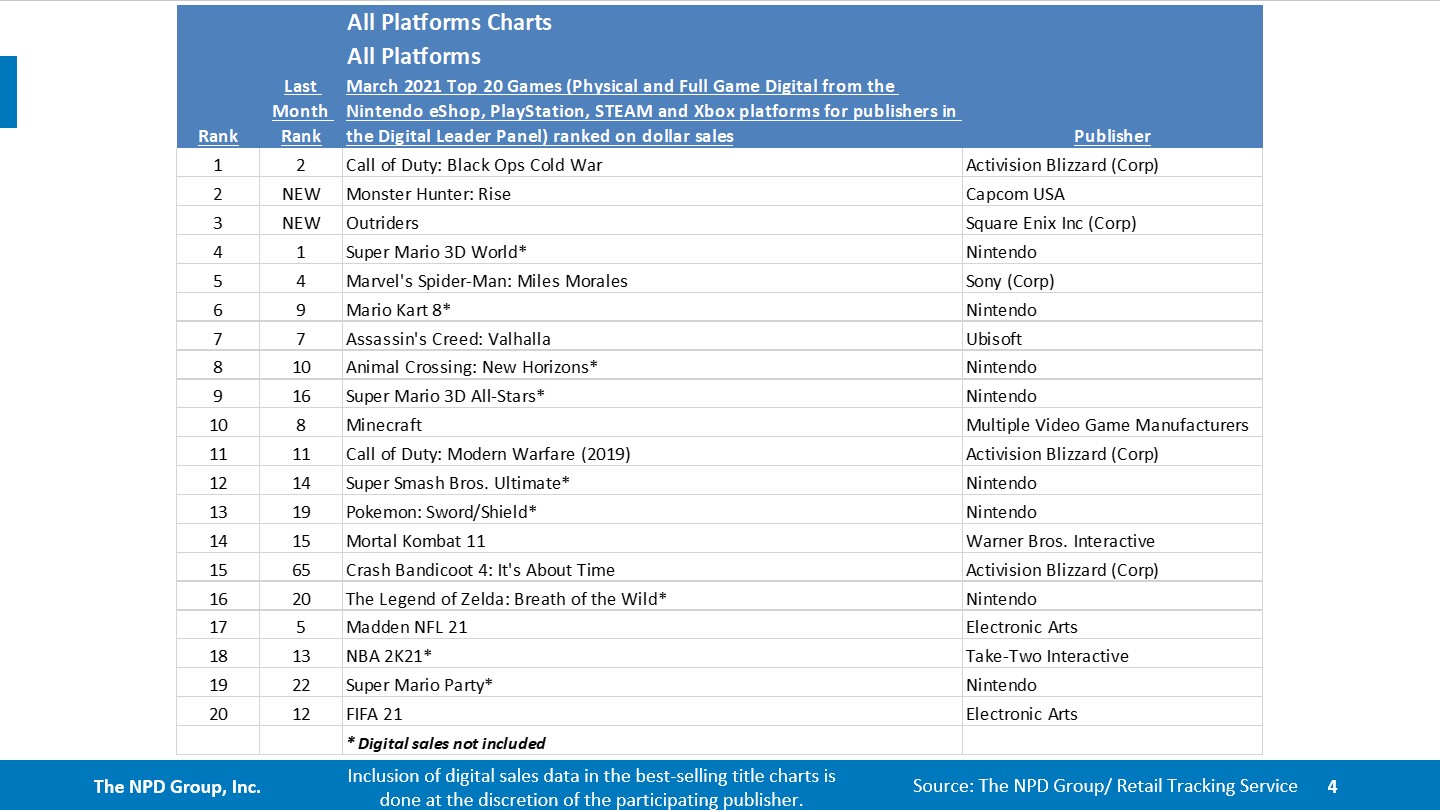 On the hardware side, both new gen consoles still selling out immediately. Chips a big problem

On the hardware side, both new gen consoles still selling out immediately. Chips a big problem