ATELIER RYZA 2 - GAME AROUND 80% COMPLETE, INFORMATION ON SWIMMING AND MORE

- first Atelier Ryza sold well in the Asia region
- Koei Tecmo and Gust are aiming for a worldwide simultaneous release for Atelier Ryza 2. If anything, the companies will try to make the releases as close as possible for the worldwide audience
- reason Klaudia looks more mature now is because she’s been helping with work at her family business
- as for the main setting, it will take place in a castle town that looks like a mix of Asian and Western styles
Atelier Ryza 2 will have more focus in weather depictions compared to the first game. For example, you’ll see heatwaves in hot areas or a rock might appear wet after touching water
- furthermore, when Ryza comes in contact with water she’ll also appear wet as well. This actually comes from Blue Reflection, which showed when characters got rained on or while bathing
- since you’ll get to swim in Atelier Ryza 2, you’ll get to practically explore any area you can see in the game
- there’s more action in the sequel, such as rope action or climbing vines
- development is at around 80% complete
JAPANESE LIMITED EDITIONS ANNOUNCED FOR ATELIER RYZA 2: LOST LEGENDS AND THE SECRET FAIRY + A FIRST LOOK AT THE GAME'S BOX-ART 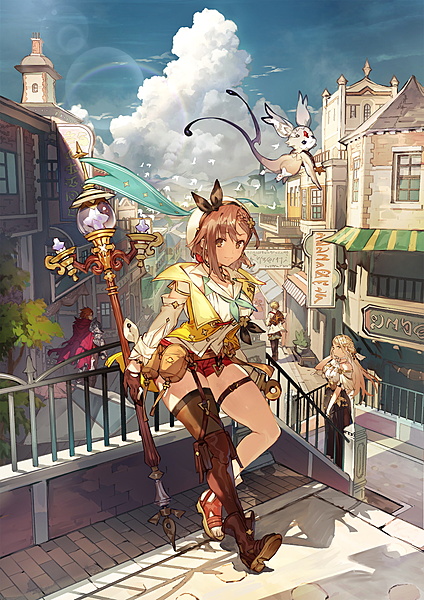