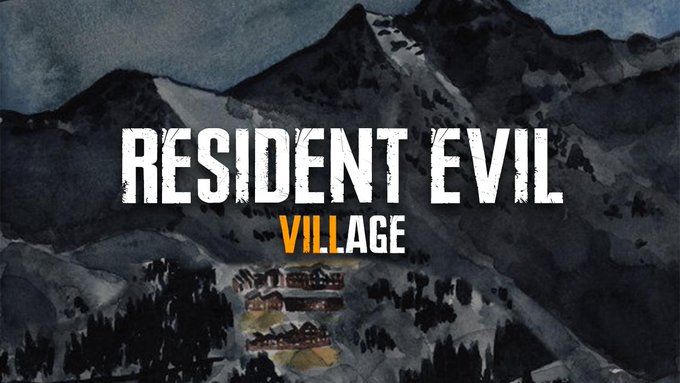 https://twitter.com/...460906684080128
The title
To start, it seems likely that 8 will have a subtitle, this time Village. At the least, this is the working title. Given the formatting for 7, it’ll likely be this way so as to highlight the VIII for a Roman numeral 8. So the “clever title” part we were first told about seems to fit with this.
In addition, a lot of the information previously provided to us has been expanded upon.
Witch
The nature and origin of this witch remain to be seen, but what the leaks CAN tell us is that the witch will be similar to Marguerite: she operates with insects. When defeated, she even dissipates into them and as reported in our original leak article, she is known to “haunt” the player in the demo and has a distinctive “laugh”.
Chris
The divisive appearance of one Chris Redfield in the finale (and DLC) of 7 set a rough precedent for recurring characters in the new engine. Thankfully, the remakes have since fixed that worry, but Chris has yet to appear since.
According to the leak, Chris will be playing an integral part in 8. He appears in flashbacks surrounding Ethan, Mia, and apparently their baby. What this baby has to do with the narrative is as of yet unclear. That being said, Chris doesn’t seem to be looking very heroic this time around. It appears that in a flashback sequence Chris can be seen shooting one of them while breaking into their home.
So has Chris gone deep cover, or has all of the years staring into the abyss finally caught up with him?
He also apparently looks a bit different, trying to bridge the gap between the original, burly Chris and the newer, slimmer one.
Ethan
This is just me thinking out loud, but given the situation and the fact that Ethan is now in the thick of it a second time, it’s likely that Ethan will be more of a character this time, also. I think it would be interesting to see Ethan as a “lone wolf”-like character on a mission to take on evil and wipe it from the Earth. With Resident Evil 7 having an Evil Dead vibe and several references, it would make sense for Capcom to turn Ethan into more of a wise-cracking badass like Ash Williams.
And Others
Aside from story teases, the leak also gets into some information about gameplay mechanics, as well as other odds and ends.
We’d previously stated based on our sources and others that the game will take place in a European setting, which is where Ethan encounters Chris and triggers a flashback. So all of that seems to still be in order from the previous rumors testing last year.
They also noted that this game is slated to release in Q1 of 2021, but of course, with the global COVID-19 pandemic, that might change.
RE3.5 version 2.0?
Also, it seems that Capcom is playing with the concept of inventory management again. The email suggests that they are testing both a Resident Evil 7 style UI alongside a Resident Evil 4 style. Which is interesting to note considering all the buzz about a Resident Evil 4 remake. Maybe it is likely as well?
Another strange element is hallucinations, one of the things that makes 8 feel a bit like 3.5. These hallucinations will likely make it hard for you to discern what’s real and what isn’t and more importantly… Who to trust.
The most recent rounds of testing in March were likely for Resident Evil 8 and that’s why there’s new information. Since RE3 has released, we can safely assume they were testing something new. Jesse had speculated these previous testers have all been actually testing 8, not 3.
While this does seem that it is a departure, known insider Dusk Golem states he believes Resident Evil 8 started as Revelations 3. So that does help it to make a bit more sense for the change if true.
Grain of Salt
Remember, we report things as they come to us. We never can verify our info, aside from shopping it around to other leakers and seeing what matches. Even then, nothing is confirmed until Capcom says it is.
LINK: https://www.biohazar...esident-evil-8/
---
Sembra che rivedremo di nuovo Ethan, ormai credo sia il nuovo protagonista della nuova trilogia(?) numerica dei RE.

Setting che si rifà a RE4?