But the most interesting interesting question was undoubtedly the last one, with which Omega brings to the center of attention the series that sees the protagonist as the agent Aya Brea, absent from the video game world for 10 years now. The last appearance of Parasite Eve, as Omega himself recalls, occurred in 2010 with The 3rd Bithday, a chapter released only on PSP, produced by Kitase.

Asked about the possible return of the series, the Producer said that at the moment there are no plans, but that it would be really a waste not to use complex characters like Aya anymore. Omega insisted on the subject by pointing out that the horror genre is very popular in this period - especially as regards the remakes, thanks to the return of Resident Evil 2 and the imminent arrival of the remake of the 3 - and that Parasite Eve integrates elements that make it a unique product and certainly able to catch the public, thanks to the mix of RPG mechanics with those typical of survival horror.

The first two chapters of the saga were released on PlayStation in 1998 and 1999. The series has always been appreciated for its ability to merge the two elements already mentioned, giving rise to games that are positioned between a Final Fantasy and a Resident Evil . The first episode is closer to the Square series (there are causal encounters, the ATB bar for actions and so on), while the second episode embraces a more action style and uses real-time fighting. In both it is possible to use both conventional weapons and magic (Parasite Energy). The whole series serves as a sequel to the original 1995 novel written by Hideaki Sena.

In short, after years of silence, Parasite Eve could return. At this point it is still too early to speculate when and in what form, but it is likely that the best way to go is to rely on a remake of the first two chapters, now lost for some time 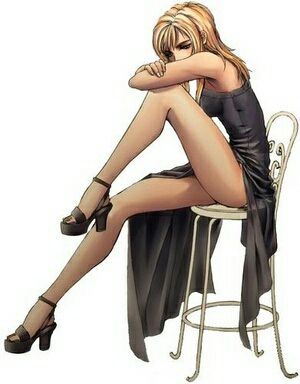 No vabbè, tutto ma questo no, se devono trasformarlo in RE lasciatelo riposare in pace tra i classici del passato.

Lo trasformarono in un RE