[PS4] Atelier Raiza: The Queen of Eternal Darkness and the Secret Hideout

The latest issue of Dengeki PlayStation reveals Atelier Raiza: The Queen of Eternal Darkness and the Secret Hideout for PlayStation 4. It will launch this fall in Japan for 7,800 yen. 10,800 yen and 19,540 yen limited editions will also be available.

It is worth noting that this was revealed through Dengeki PlayStation, so while there is likely also a Switch version, this information has yet to be confirmed. We will update this post when that information is available.

Gust recently launched a teaser website teasing the announcement for Atelier Raiza, which will be updated on May 28.

Atelier Raiza is a coming of age story The world is constructed through a new method of expression, the scenario is written by Gust and Shakugan no Shana manga creator Yashichiro Takahashi, and character design is by Toridamono.

The protagonist is Raizalin Staud (voiced by Yuri Noguchi), a normal girl who feels uneasy in her tranquil everyday life. Seeking excitement, she is always on the lookout for something interesting with her friends. She is a freewheeling girl with a strong sense of justice. When she thinks she is right, it is not easy to tell her otherwise. This is her story about finding something she never thought was so dear to herself after discovering alchemy and meeting a certain someone.

Three other characters are introduced by illustration only: a male soldier, a female priest, and a child scholar.

As for the field, in order to depict daily life and adventuring even deeper than previous Atelier titles, the height of the sky, flower thickets, and the like are being made more realistically in order for players to get a greater sense of the land than before.

Battles utilize an all-new turn-based command system, and are more tense and aggressive than before. There is also a new system in which players get a sense of their bonds with other characters.

Synthesis utilizes a new system in which “creation” is the keyword. It uses an easier to understand and more responsive format. Rather than the tile-based systems of recent Atelier titles, it is now more of a a skill tree-like tree system.

For gathering, items change depending on the tool used, even at the same gathering points. 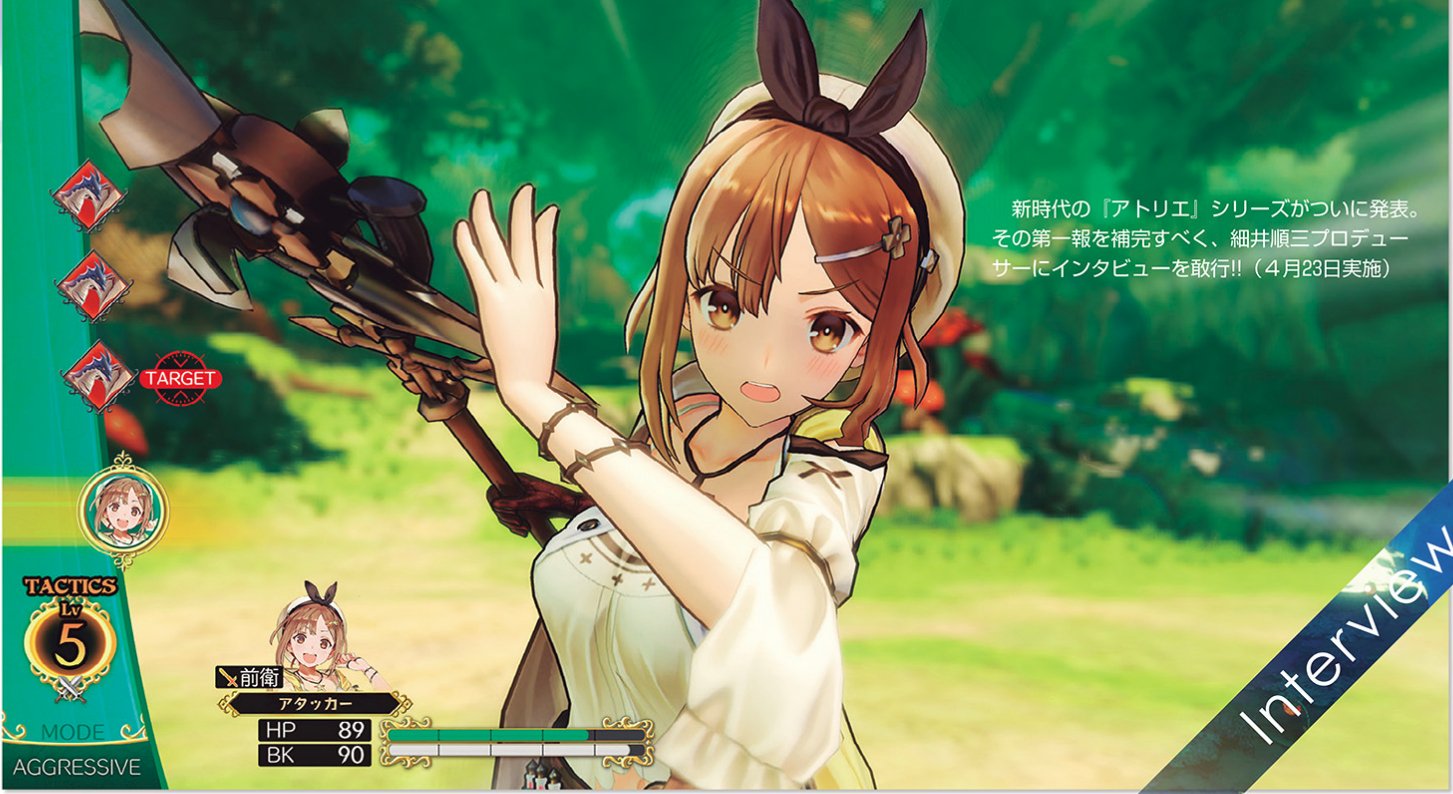 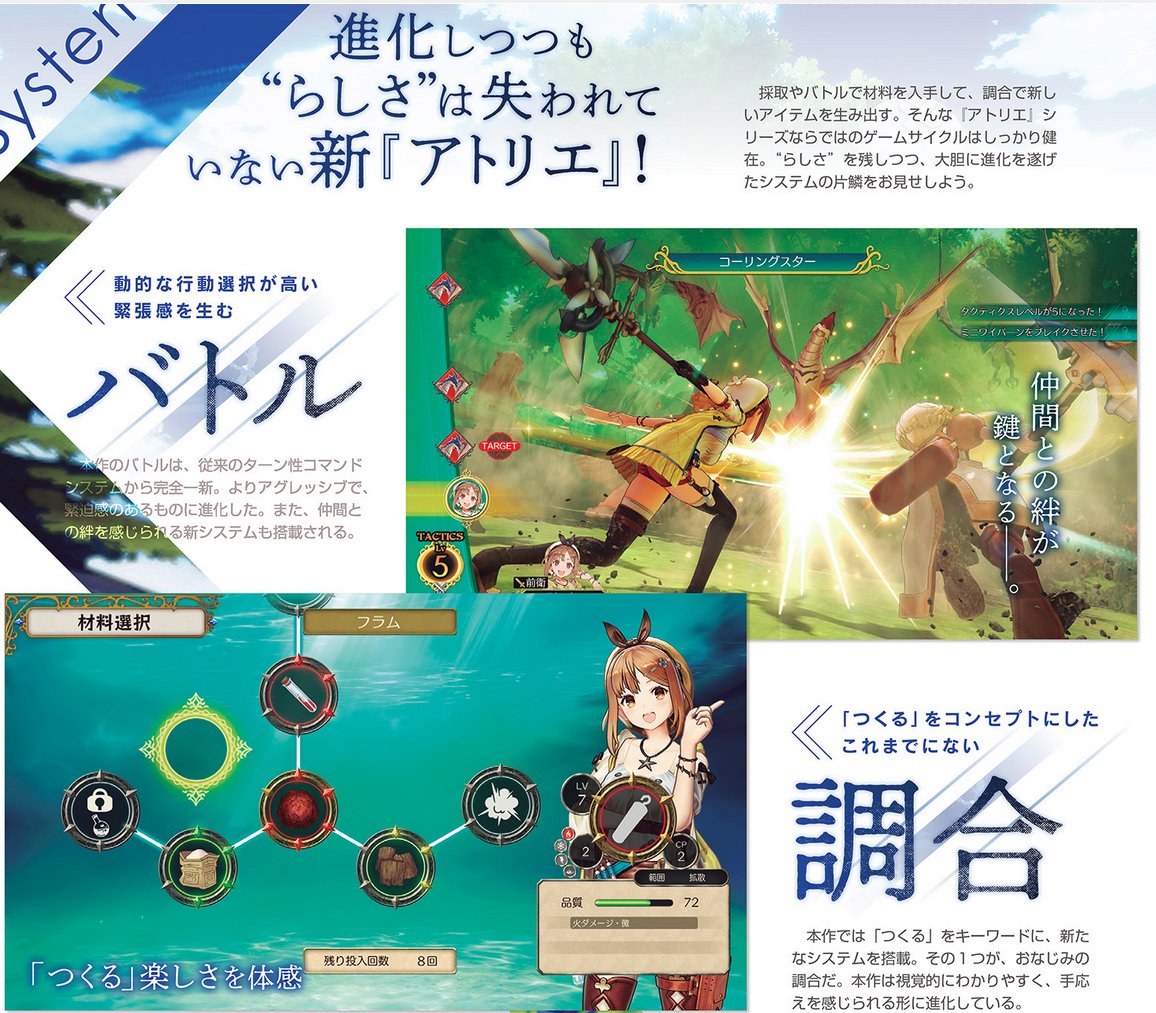 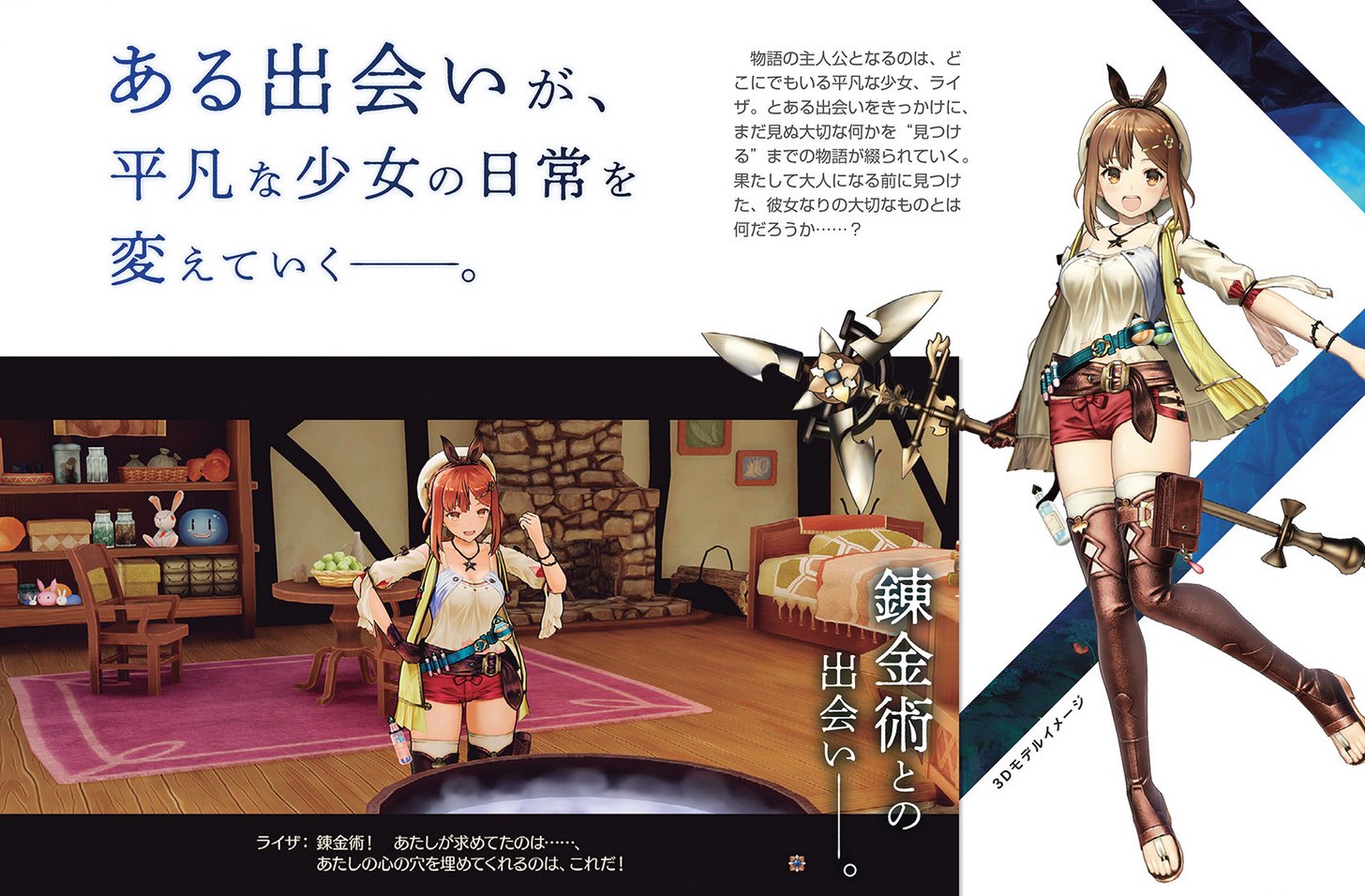 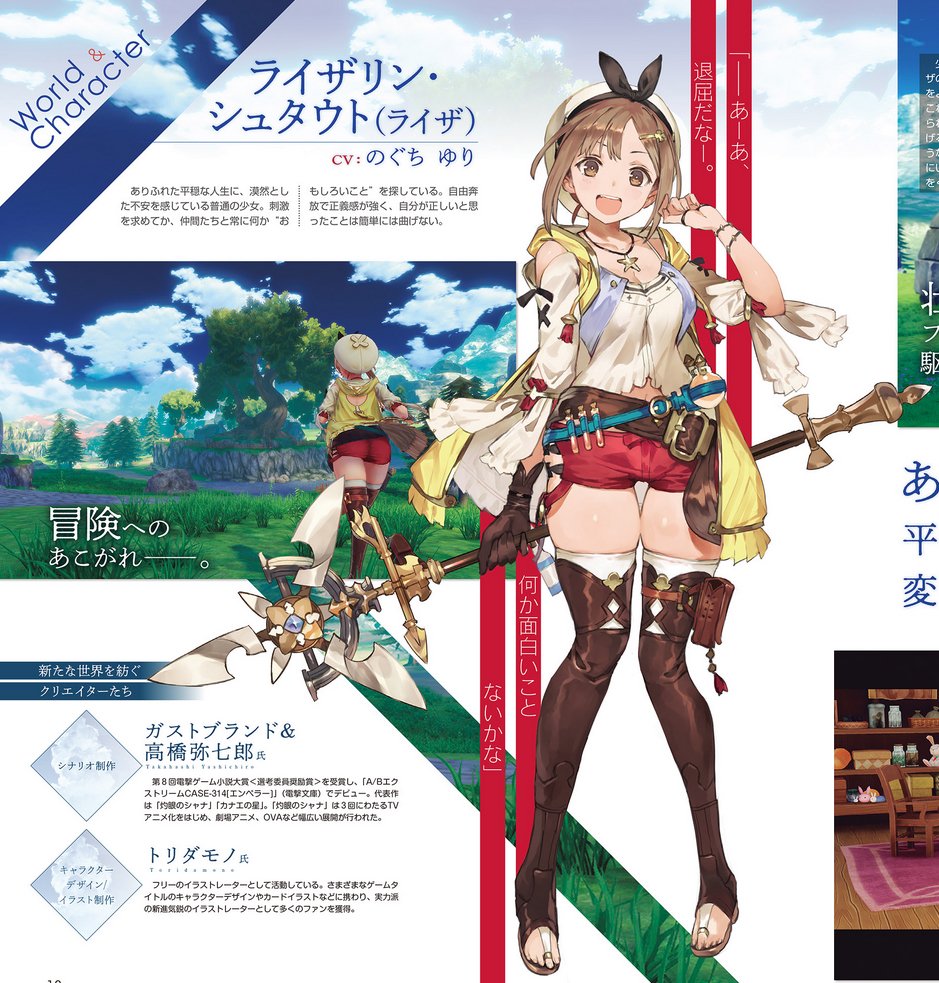 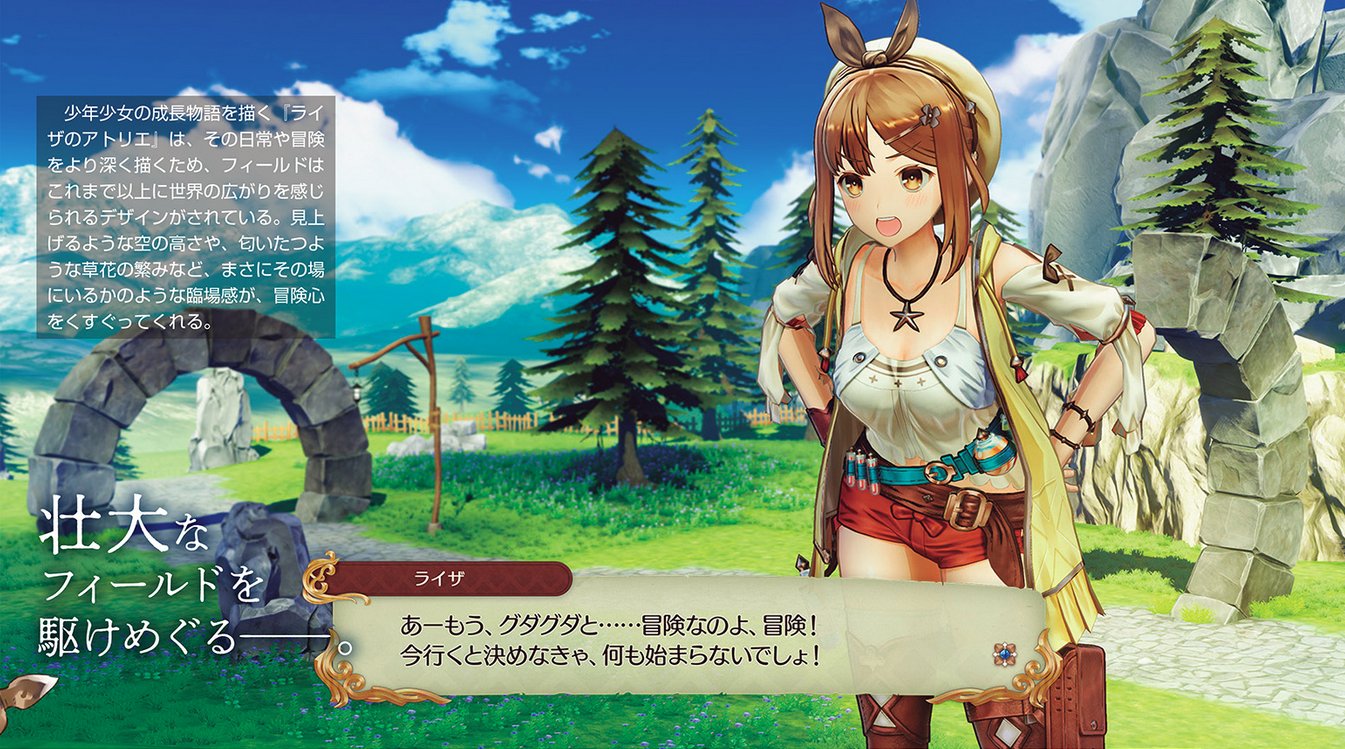