‘FIFA 18’ shoots back to No.1 thanks to strong Switch sales

‘FIFA 18’ returns to No1, boosted by a heavily promoted Switch version and smaller price drops across other formats. It is the biggest sales week for FIFA 18 on Switch since launch and hands the footballing giant its 5th All Formats No1, after it had previously returned to the top for one week at the beginning of the year.

Deep Silver’s new release ‘Kingdom Come: Deliverance’ has to settle for a debut at No2, while ‘Shadow of the Colossus’ tumbles from top spot to No7. ‘Grand Theft Auto V’ benefits from a retail promotion, climbing two places to No3, jumping ahead of ‘Monster Hunter: World’ which slips one place to No4. ‘Bayonetta 2’ bounces back into the chart at No5, its highest ever position thanks to the launch of the Switch version. It originally debuted at No7 on Wii U back in W43 2014.

There are new entries for ‘Dynasty Warriors 9’ at No13, the PS4 remaster of SNES classic ‘Secret of Mana’ at No24 and ‘Monster Energy Supercross’ at No25. The Half Term effect means 28 titles within the Top 40 all manage to increase sales this week.

The Nintendo Switch version of FIFA 18 jumped 494% in sales last week in the UK (physical sales only).

It has helped propel the EA game back to No.1. The Switch version of FIFA was heavily cut in price last week to under £30 (including digitally, which isn't counted here), making it the most affordable version of the game on the market.

However, the PS4 version remained the best-selling FIFA, and there was a sales bump for all SKUs of the game.

FIFA 18 returns to No.1, which means last week's chart topper Shadow of the Colossus makes way. In fact, Sony's game fell down to No.7 with a 72% sales drop week-on-week.

There was a handful of new releases in the charts. At No.2 is Kingdom Come: Deliverance, which was published by the recently sold Deep Silver. Meanwhile, the Switch version of Bayonetta 2 just about sneaks into the Top Five - making No.5 by just six units.

Dynasty Warriors 9 debuts at No.13, the Secret of Mana remake comes in at No.24, just ahead of Monster Energy Supercross at No.25.

Over 332,000 physical video games were sold last week in the UK. 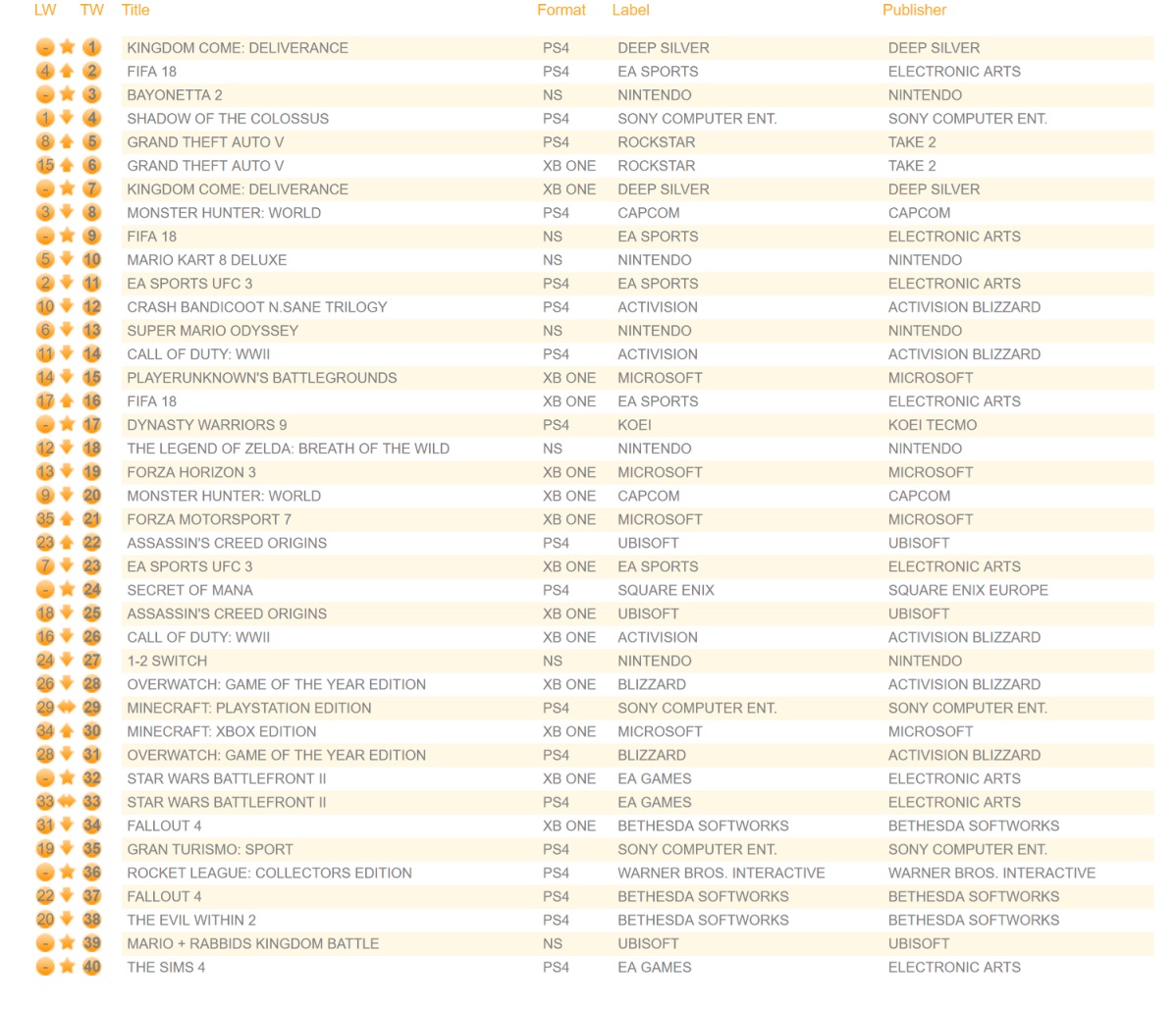 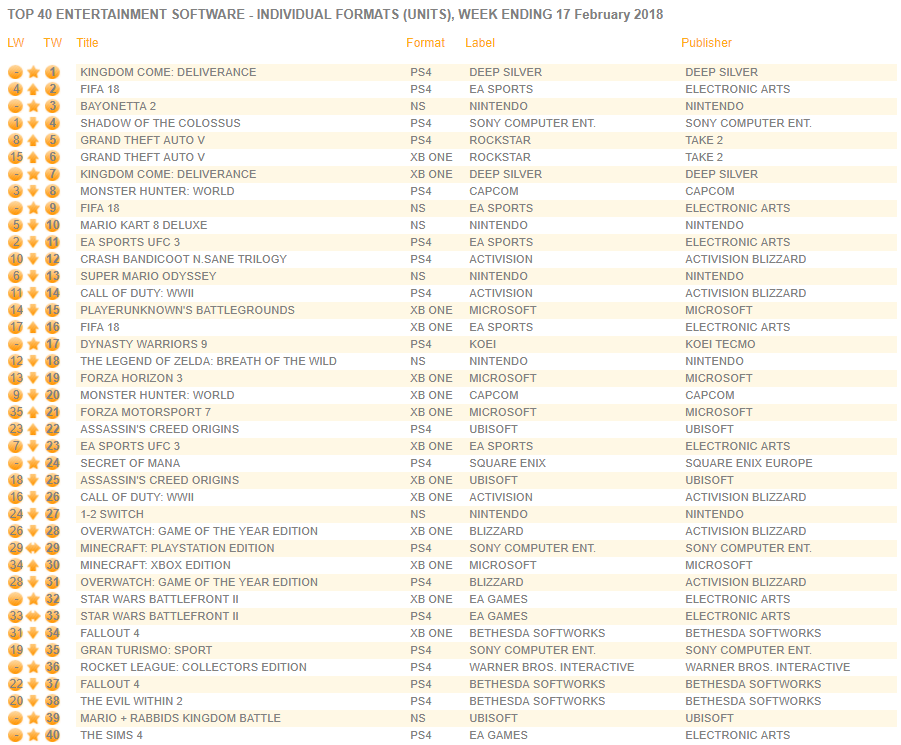