Launch sales units are almost level with Syndicate, but surpass it in terms of revenue, boosted by the more expensive ‘Gold’ and ‘Gods’ editions. At No2 ‘Super Mario Odyssey’ becomes the biggest ever launch for a Switch title, comfortably beating ‘Zelda: Breath of the Wild’. Not only that, it is also considerably bigger than any Wii U title’s debut, recording Nintendo’s 6th biggest launch ever. ‘FIFA 18’ (-11%) is relegated to No3, but maintains a healthy lead over the only other new title to enter the All Formats Top 10 this week; ‘Wolfenstein II: The New Colossus’ debuting at No4. Last week’s No1 ‘Gran Turismo: Sport’ (-61%) shifts down to No5 in front of a retailer promoted ‘Gran Theft Auto V’ (+129%) at No6 and ‘Destiny 2’ at No7, sales up 117% with help from the new PC version released on Tuesday. The only other new title to make it in to the Top 40 this week is Ubisoft’s ‘Just Dance 2018’ at No23, with the old Nintendo Wii still its lead format despite it also making an appearance on Nintendo Switch. 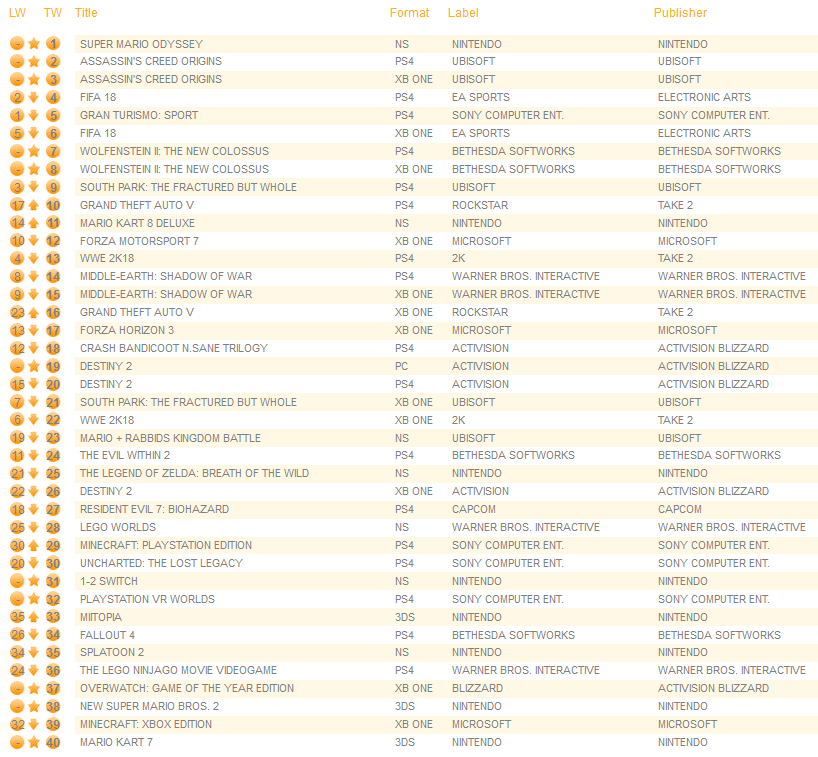 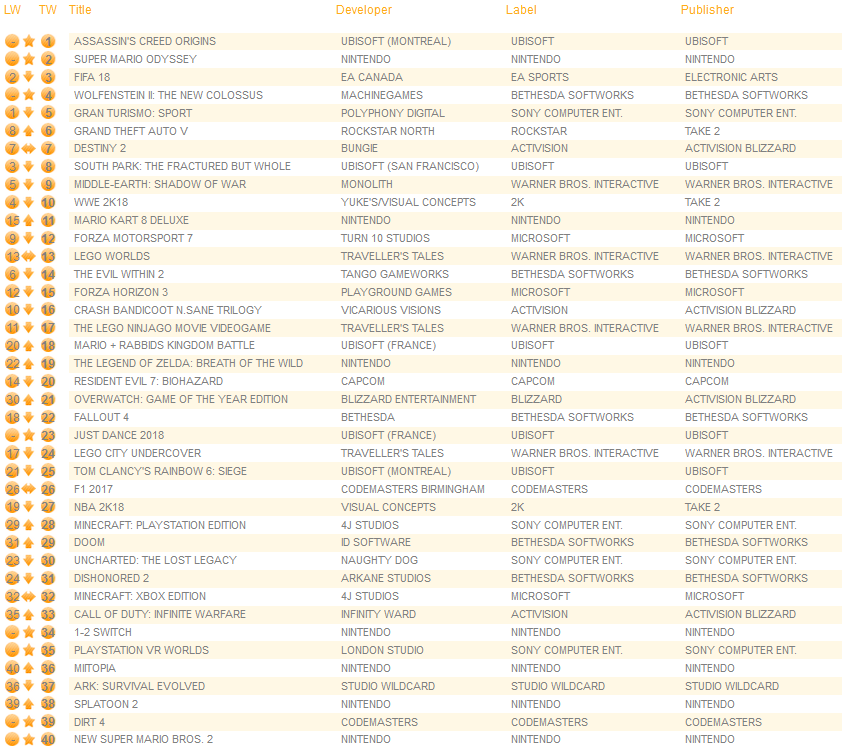