Remothered: Tormented Fathers began as bit of a passion project from Game Designer Chris Darril back in 2007. The game was intended to be a fanmade remake of the original Clock Tower, but soon became it’s own thing all together.

Momentarily put on the backburner after Darril was hired to work on NightCry, Remothered: Tormented Fathers is set to finally release sometime in 2017 on PS4 and PC, according to Darril and Stormind Games.  In addition to a release window announcement, a new “announcement” trailer has been unveiled.

The following overview of Remothered: Tormented Fathers is provided via the game’s official website:

Rosemary Reed, a fascinating 35 year old woman, reaches the house of a retired notary, Dr. Felton, who is affected by a mysterious disease. The woman is greeted by Ms. Gloria, the nurse who takes care of the old man. When Rosemary reveals herself and her true intentions, the terrifying dread begins.

Rosemary’s investigations will bring her to believe that the disappearance of the man’s daughter Celeste actually hides a terrible massacre. Dr. Felton and his wife, Arianna, could be the only ones to know the truth, including the secret behind Celeste’s real identity and a fanatic cult of cloistered nuns in red.

Remothered: Tormented Fathers, which is being built in Unreal Engine 4,  is the first game in an intended trilogy, and is set to release sometime in 2017 for PS4 and PC. Below, you can check out the announcement trailer, as well as a few of the game’s first screenshots: 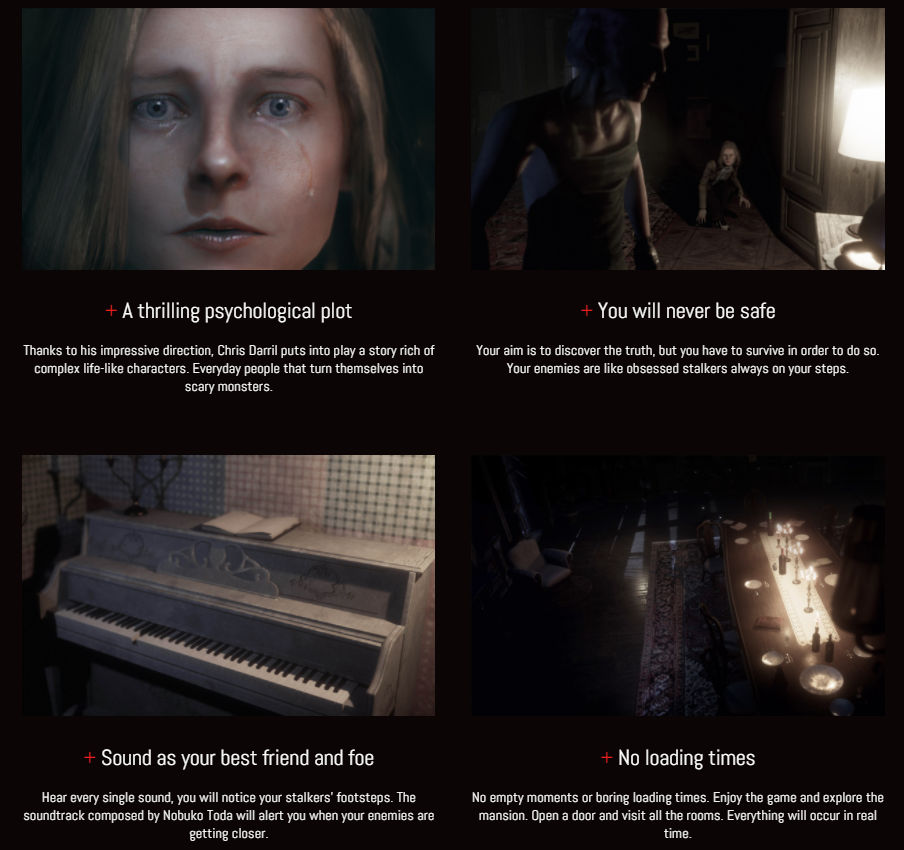