Thus we learn the name of the project born from the collaboration between Spike Chunsoft and Tri-Ace: 「イ グ ジ ス ト ア ー カ イ ヴ -The Other Side of the Sky-」.

Anticipated game for the PS4 and Vita PS supports, we find the casting:


-Norimoto Masaki / 則 本 真 樹 (Screenplay, Director of the project). On the same type of position he also worked on Valkyrie Profile and End of Eternity.

-Gotanda Yoshiharu / 五 反 田 義 治 (Lead Programmer having worked on End of Eternity). He held other roles or near, on most sorting-A games

had type RPG Side-View, the themes of the game will be in relation to these four entries:


The article contains an interview with Famitsu Yuichiro Saito, Yoshiharu Gotanda and Mino Tarô but many revelations about the scenario, the game environment, the characters but also the combat system and dungeons Side View

It reminds us greatly that of Valkyrie Profile: Lenneth:


- The exploration of dungeons, a main aspect, show a developing side view, with 3D characters SD.

- In the dungeons, you can make and Dash Jump. It will use these actions and call on mechanisms to continue its advance.

- Enemies appear on the screen (Symbol Encount) and can be attacked for the player has the advantage in combat.

- You fight with up to 4 characters in the field by assigning each of them a key such as △, ○, ×, □ which it will respond to attack.

- By connecting the different form of combo attacks, thinking about the order of the movements, the end of combat rewards are améliorées.Le obtaining objects rate increases to more easily find some valuable Item.

- By releasing the force of the devil in them, heroes can release a powerful attack

Brought up in a prosperous family. However it is doomed to marry Rinze, by agreement between the parents.

Daughter of a distinguished family administering a Dojo, she always acts in response to the expectations of his parents. However, it dies with Ryo, caught in the explosion of a bomb which gives him the opportunity to exhibit its true nature.

A girl that Ryo will meet on Proto Reksa. With white hair like him, she is released from the real world, with 4 tails (translation of the last sentence to be confirmed)

It seems to be a bad boy first premium and despite his sudden air he thinks of his comrades.

The rest of the info is from the Famitsu interview with the developers (thank you again to wajinokiseki.blogspot.com for translation):


- For some time, the producer of at Spike Chunsoft, Terasawa and tri-Ace Gotanda wanted work on a project. It dragged on for 10 years but now two years that has changed. With the desire to provide valued aspect of Spike Chunsoft, the title took an unusual direction.

- 「Exist」 represents the wishes and memories of people, that 「Archive」 crystallizes.
For this work, the key word is 「Suspected」. The scenario is not a heroic genre.
According to the comments of Norimoto, it was decided the presence of other humans than 12 heroes. In the absence of a single hero, the game does not work by the presence of external romances but the group consciousness as the main characters (translation of the last sentence to be confirmed).

- The 12 heroes arrive on a planet protected by Amatsume goddess. Immersed in a conflict between gods, they advance while reflecting on their return to earth. There is a third aspect to side Proto Reksa and earth. We must move with balance to be able to return to earth.
"Who on earth return" is one of the important choices to make in the game. This will affect your journey during the game to get to the Ending.

- There was no basis to the very specific illustrator, but the unexpected proposal Mino, was appreciated. The characters represented corresponded to what the team was looking for. He is very happy because he wanted to try to RPG, having been specialized in drawings of girls.
He was charged with 15 important characters design. Since his arrival until now, it has been immersed in the storyline and setting up the game. Gotanda coordinated the character models to tune the design of Mino.

- The side view has been chosen to facilitate the improvement of the overall quality and the action items. In dungeons, sometimes you use the power of the evil god to progress beyond the various obstacles, thanks to the "Greed mode".

- Assumes 40 ~ 50 hours of play to reach the end. After the end, many elements will emerge such as Dungeons Extra for example.

- The game will be equipped with some elements such as Online boss of Time Attack. It is at 75% of development.

To wait for screen shots better resolution and trailers. Output expected in 2015 in Japan ((The fiscal year includes the winter 2016).

The teaser website now displays a link to the official website, the opening is scheduled for August 3 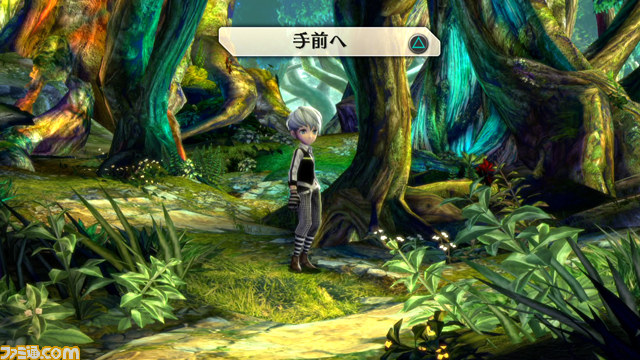 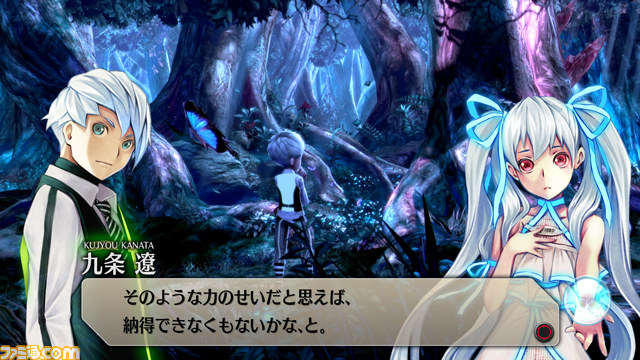