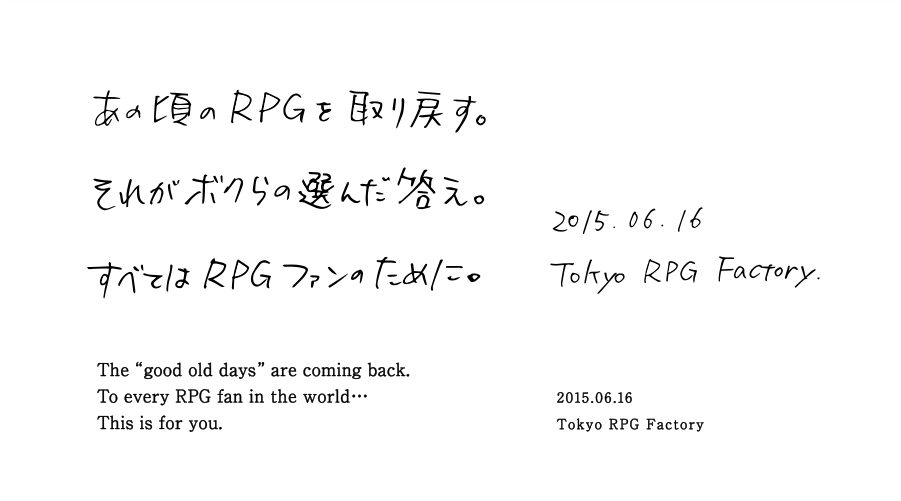 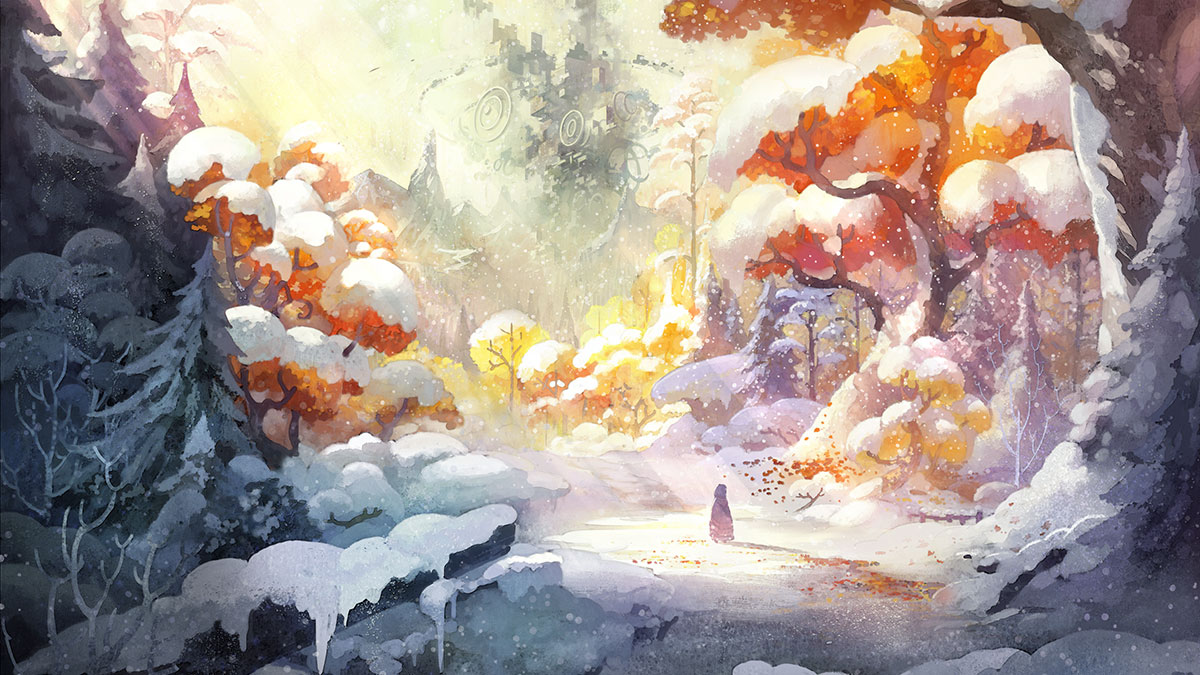 Launch of a New Project
―Please share the details of the launch of this new project, as well as the establishment of the new studio, TRF.
Matsuda(M): From around last year I became consciously aware of this issue, but I have begun to feel that we have entered an era in which it is difficult to create new games. What caught my interest the most when thinking about this issue was the genre of indie games. Since two years ago I’ve developed an interest in them, thinking, “By incorporating that movement, could we possibly strive toward discovering the development of new games?”

―Speaking of the launching of new projects, it looks like a new studio is also being established.
M: Over the years, SQEX’s Japanese RPG (JRPG) games have traditionally been highly anticipated by our customers. Thus, desiring to make some sort of brand new RPG game, this time we re-examined the very environment of game creation. SQEX already has its own brand image, and it is probable that new games would also be influenced by this established brand. Therefore, wishing to create new JPRG games independent from and beyond the boundaries of Square Enix, we established TRF.
―So TRF is a completely separate entity.
M: That is correct. This new project was born from the desire to try working under a framework in which creators who agree on a certain idea come together to make it a reality.
―Are these creators all recruited from within SQEX?
M: No, most of them are recruited from outside of SQEX. Even though TRF is under the capital of SQEXHD, because it is being established as an attempt create games as an independent entity, we were careful to reflect that in the make-up of the members as well.

Striving for a Heroic RPG that Everyone Can Enjoy
―Please let us in on the concept and planning of what is currently being created at TRF.
M: The extent of what I personally requested was for the creation of a brand new JRPG. “I want to make a new IP.” “I want the expertise of a bunch of creators to be gathered to create an oudou (Authentic, decent) JRPG.” That’s all, really. After that, I believe that the creation process has been centered around Mr. Hashimoto and the others.
H: Our focus consists of two points: that it is a JRPG, and that it is an oudou (Authentic, decent) game. We have gathered a group of people who played, and were skillful at, the oudou RPGs that SQEX created back in the age of Super Nintendo(Super NES®), and are working with them.
―So the bunch you’ve gathered are people who passionately played JRPGs as kids.
H: That’s right. We are trying to give shape to the memories of those fun times. Of course, we are going to arrange it to suit modern tastes.

―By “take a different perspective,” do you mean with the game’s scenario, or the environment, or what aspects do you mean?
H: To put it plainly, it might actually mean the way we sell it. I believe that the content and the fundamentals of the game itself are very important. Rather than deliberately trying to go for something unconventional, we want to make something that is genuinely interesting; something that we believe everyone surely desires. In addition, we are considering in what form we can provide this to a vast number of people. We want to change the presentation in order for the game to reach more people. Of course, there are aspects of the game’s content that we are taking challenges with. In terms of the story, we’d like to develop something that anybody can relate to. With regard to the type of game, while holding the fundamental essence of the game with the utmost importance; we’d like create something that would both be nostalgic to those who enjoyed playing JRPGs back in the day, and still be fun to play even with the addition of new elements.

―You spoke about holding the fundamental essence of the game with the utmost importance. We’d like to inquire about the origins of that awareness, “Project SETSUNA,” which is being launched at TRF. First of all, what is the story behind the naming of the project as “SETSUNA”?
Hashimoto(H): It’s a codename that came from the game’s concept. For this project, we had the concept, “Let’s make a game that portrays heartrending sorrow (setsunai),” and that became the determining factor for the name of the project.

―After “Project SETSUNA,” what sort of prospects are you sketching out?
M: Before anything, making sure that this project is a success is our number one concern. We’d really love for everyone to play our game. Every last one of the staff involved are excellent creators. I hope that this project can cause a sensational stir in the present day game market, and that afterward new works can continue to come into existence. We would like to create the rich soil for that sort of creative spirit.
H: This is only my own desire, but I’d like to create a game that can make people’s hearts race like in the days of Super Nintendo(Super NES®). That being said, I plan to create it using modern graphics. I’ve actually wanted to take on this challenge for a long time now. And because I’ve been thinking that, I want to first make “Project SETSUNA” a success, and then connect that to our next move. I think that our staff are also sprouting weird ideas left and right. At least personally, I hope that we can create an outstanding, pioneering game. Please remember that these are just things that I am thinking (laughs).
[quote[
―Finally, a message please for all the RPG fans abroad.
M: This is a simple message, but I believe that TRF will surely deliver a game that is fun to play and that will leave a deep imprint in everyone’s memories. I hope that you will all look forward to it.
H: This project has truly gathered a variety of creators. Our team is a gathering of members who, in the old days, beat JRPGs, and from that were inspired to take on the aspiration, “I wanna make games!” With this team, we are creating something that will make people say, “This is fun!” “I wanted to create an RPG like this!” I believe that this is precisely the kind of game RPG fans throughout the world desire. Finally, if all the players were to play it and say “Bravo,” that would be perfection.
[/quote]