Directed by Hidetaka Miyazaki from FROM SOFTWARE

Miyazaki: “The sense of something having ended, or destruction, is stronger.”

Are there any changes to the basic design?

“Dark Souls III follows closely from II, so we kept the handy things from II.”

Regarding actions or weapons

“We’ve expanded the character builder and tactical options without sacrificing the feel of the series. We added new action elements that contribute to the sense of role-playing. For instance, we adopted the concept of rapid fire for the short bow, and the animation between rolling and walking has been smoothed out.

“The speed of the action is slightly increased compared to the previous two games and balanced so you can move intuitively. I don’t think we’re going to employ the idea of agility, otherwise the action would be stressful until you raise your stats.

“There are slightly less maps than Dark Souls II, but each of the maps are on a much larger scale.”

Dark Souls 3 is being developed by a different development team to Bloodborne, director Hidetaka Miyazaki has confirmed, with only Miyazaki and "some visual designers" at From Software having worked across both titles.

Discussing the game's development during a presentation at E3, Miyazaki explained (translated via Bandai Namco producer Atsuo Yoshimura) that "the Bloodborne development timeframe and that of Dark Souls 3 overlaps [by] approximately 1 year.

"However, none of the Bloodborne team members joined the Dark Souls 3 development team. Miyazaki-san is actually the only guy who handled both."

Yoshimura immediately clarified that "some visual designers have also worked on both titles. That's the exception." 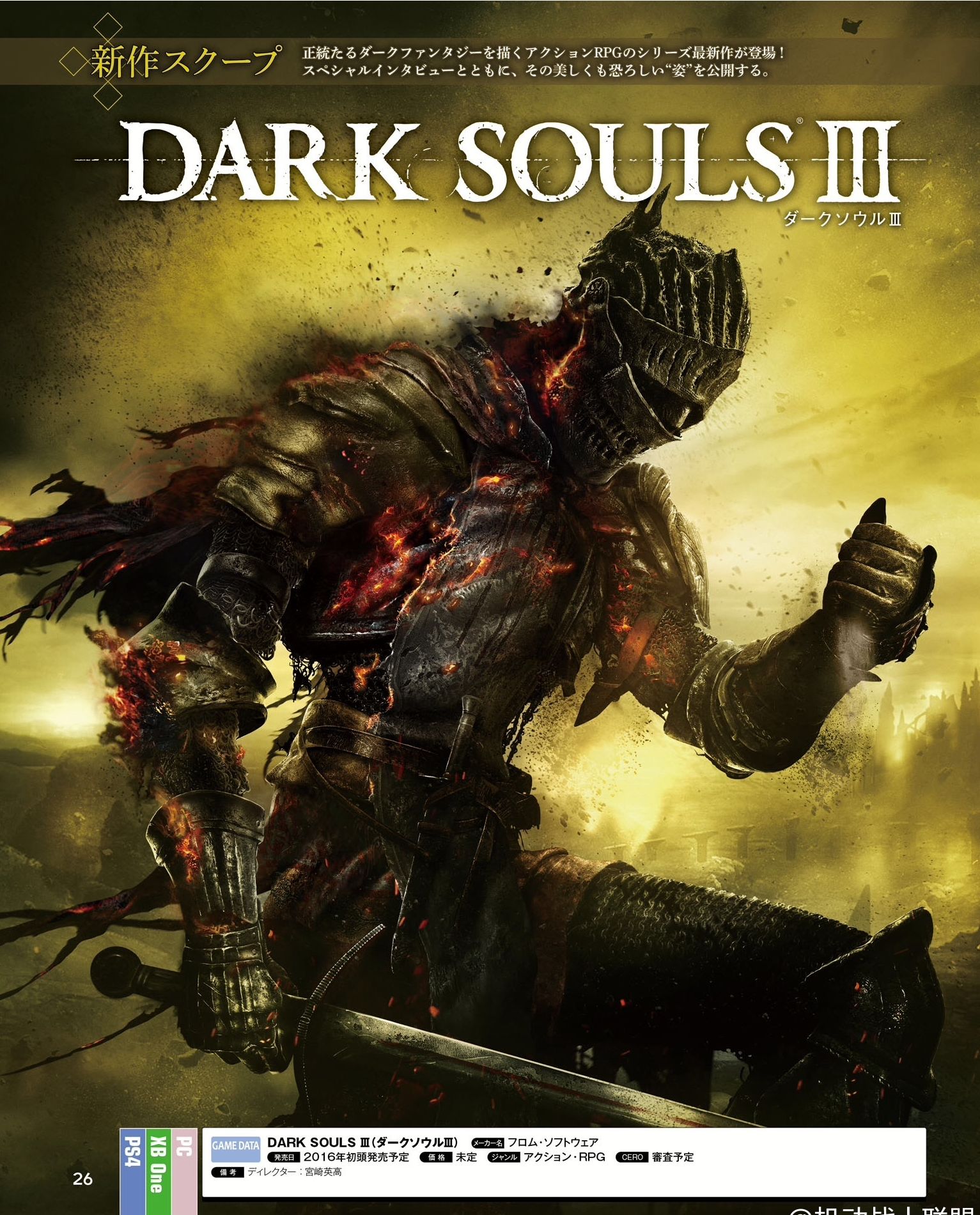 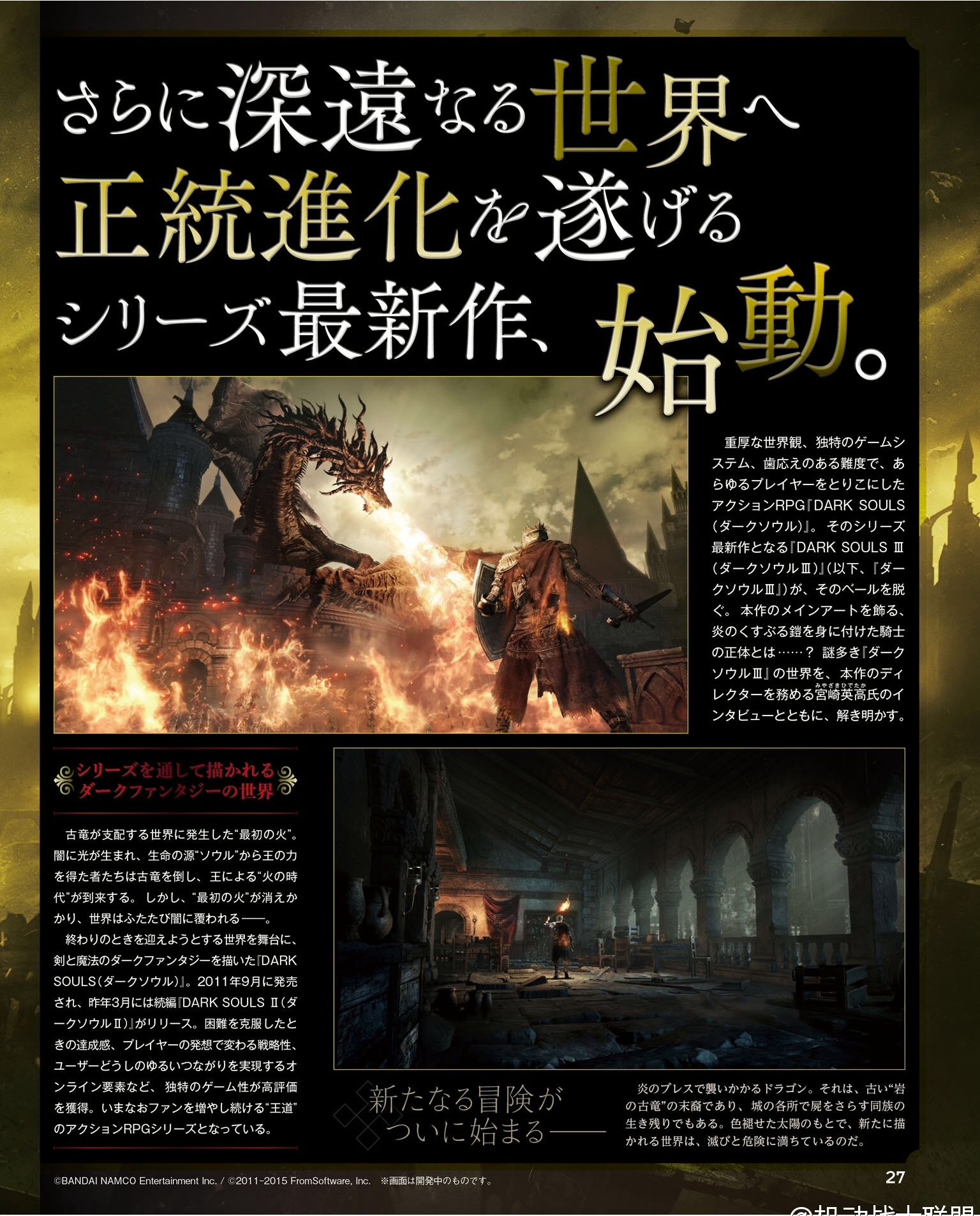 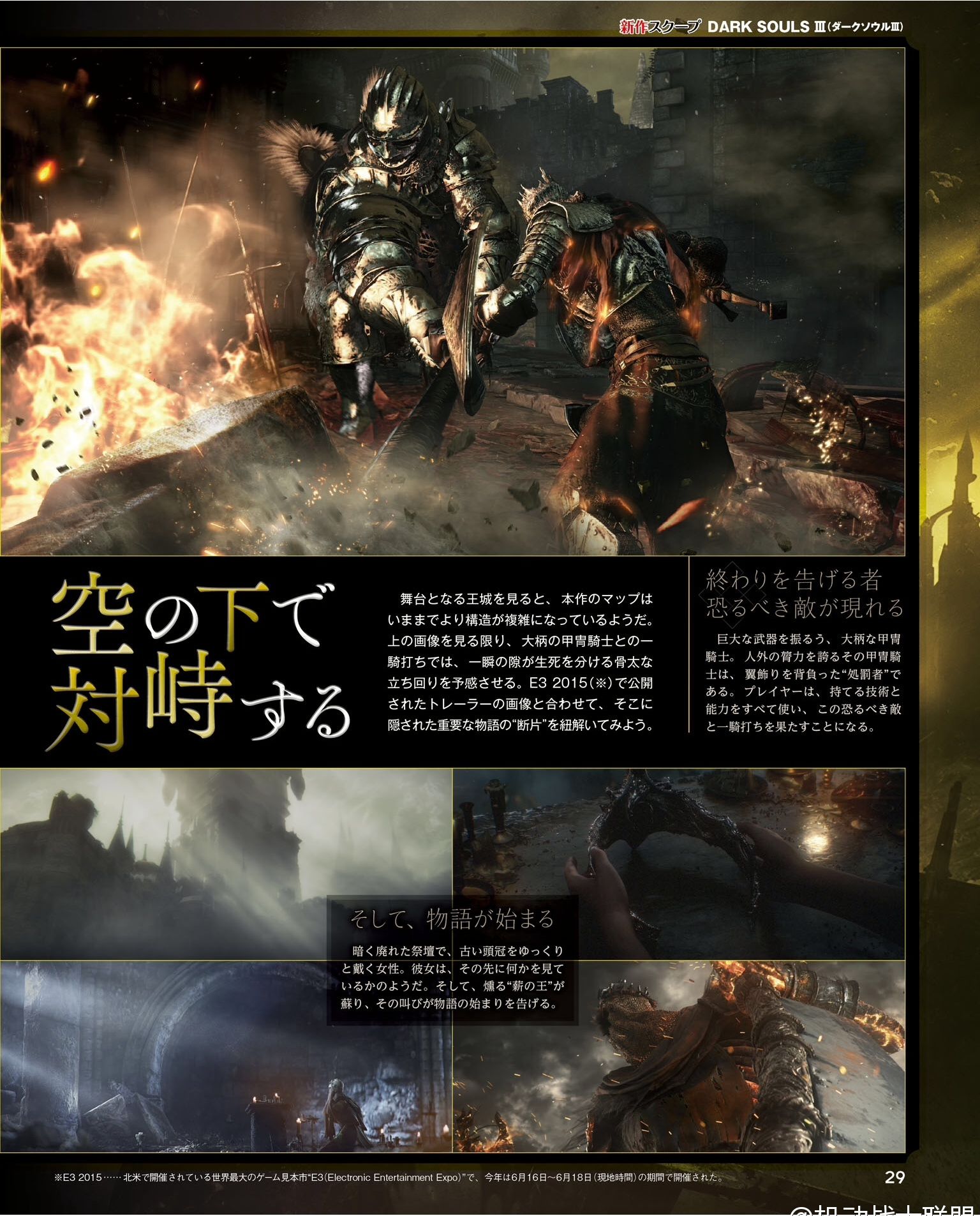 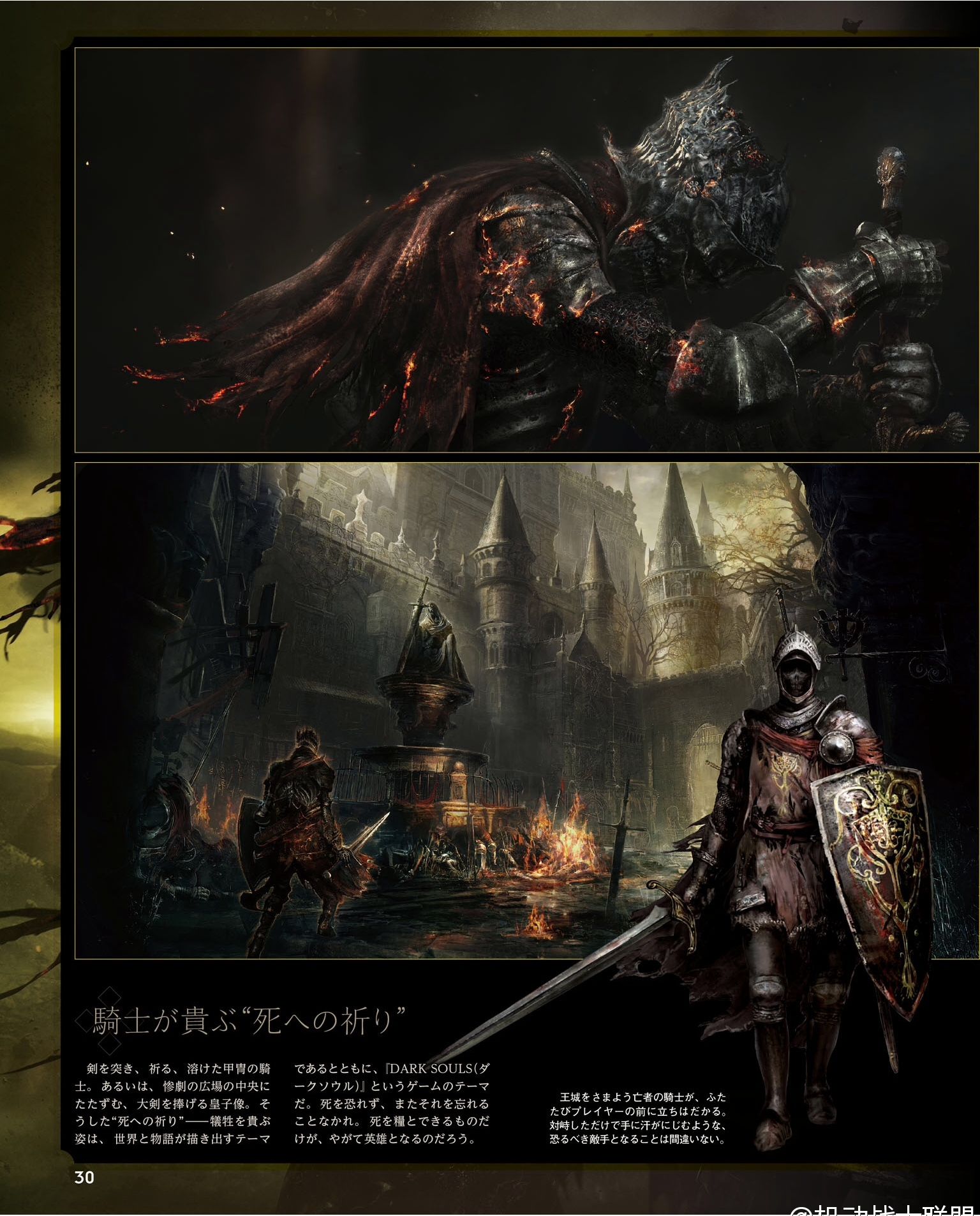 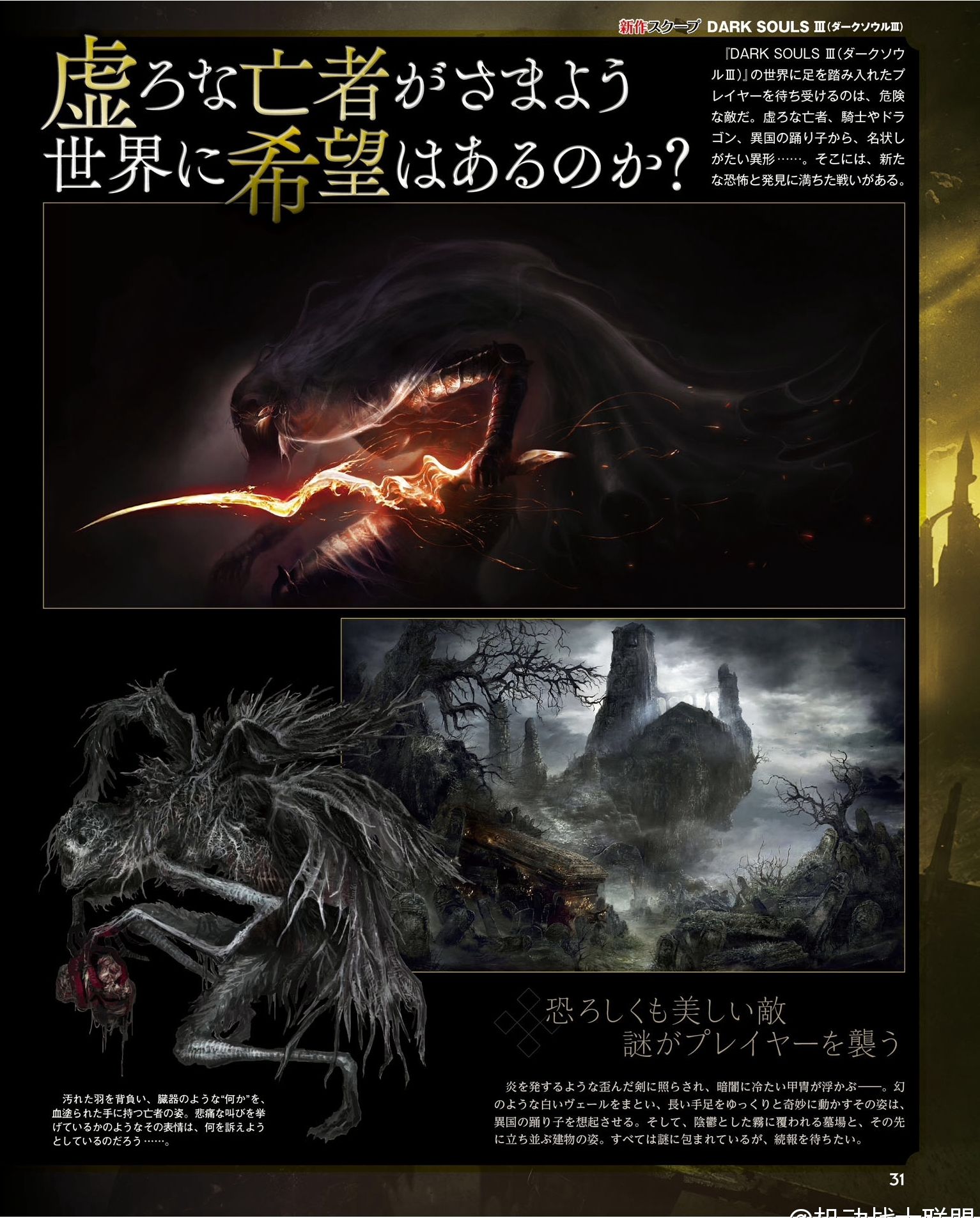 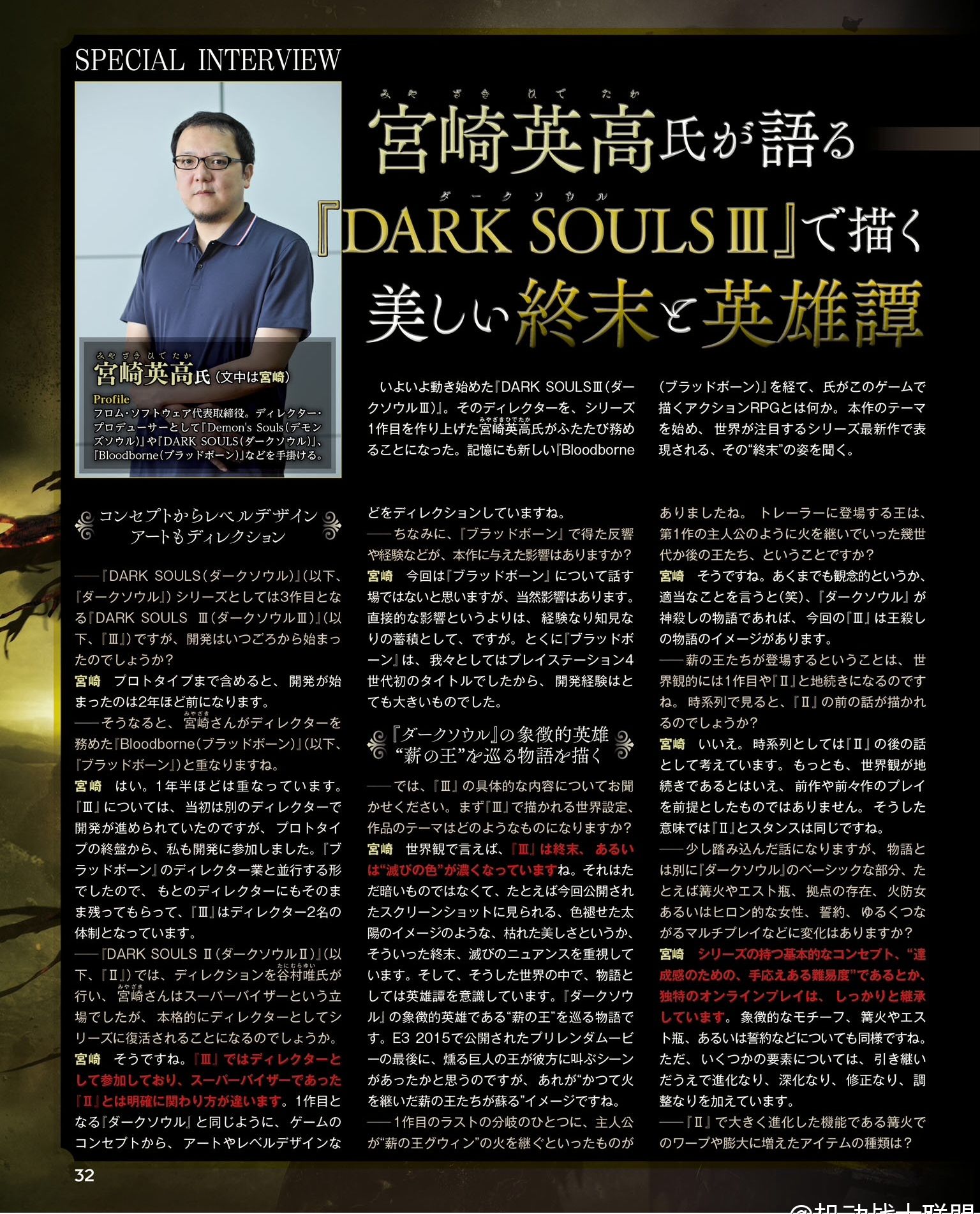 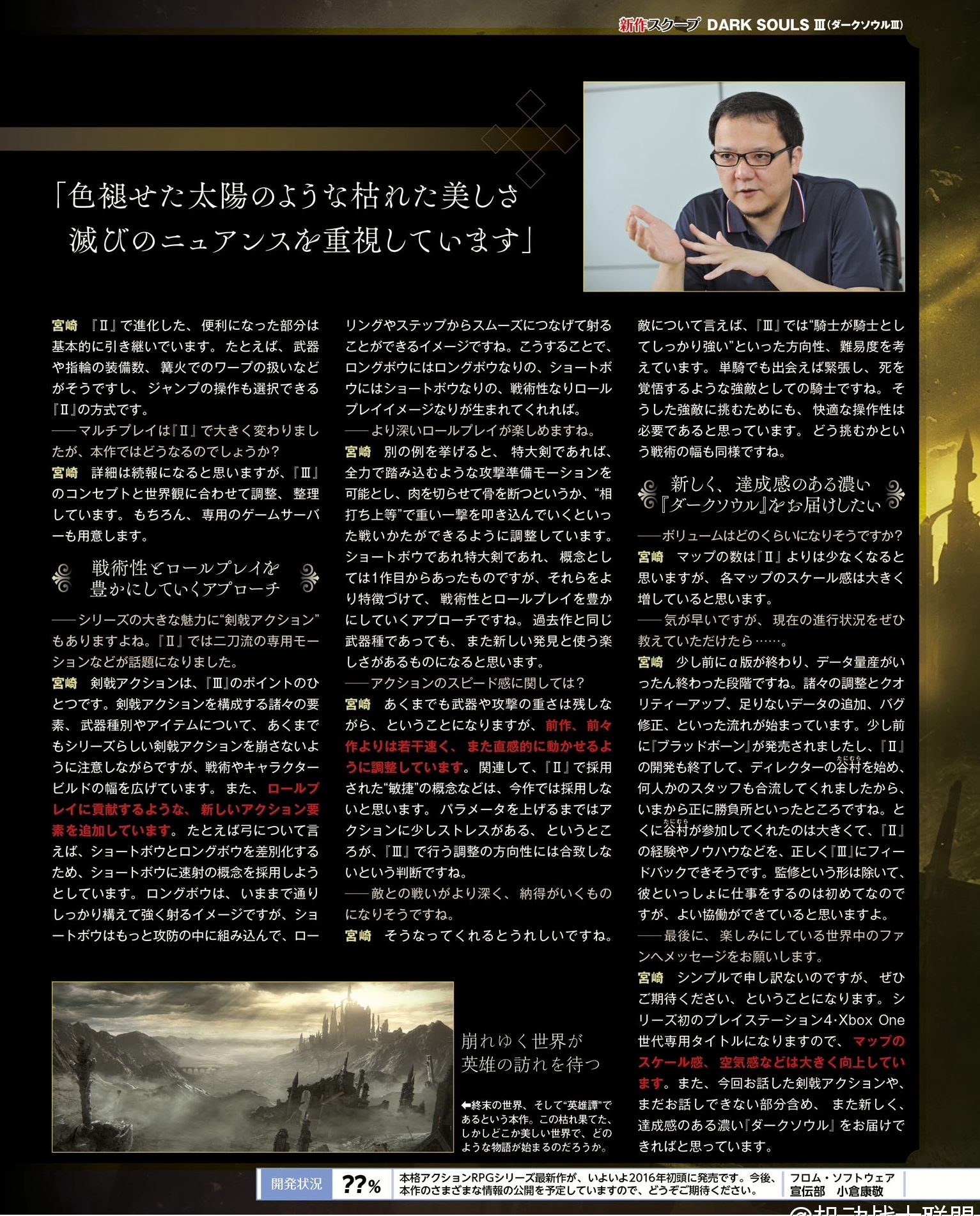