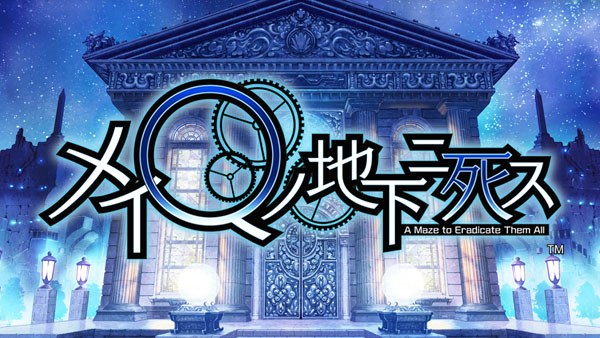 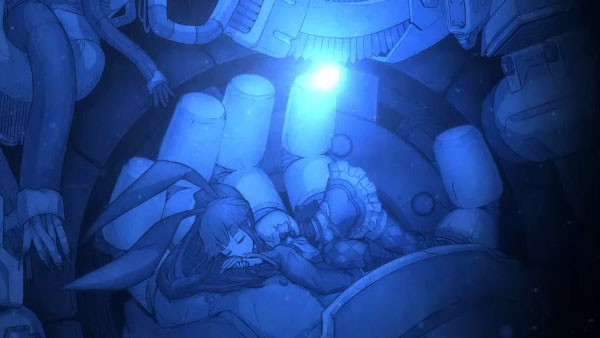 - Developer: Unknown at this time;

- Seems to involve exploring the dungeon with the girl and the Guardian (that can be customized);

Hokanko points out there are more pages about it (6) though most haven't surfaced yet.

- The girls are defined as 魔械士", a made-up word which could be read as "Makaishi", but until the article surfaces I can't be sure;

- Estra - Main character - her specialty is earth (as in element I suppose). Voiced by Ayaka Ohashi;

- Flare - Voiced by Sora Amamiya, her element is fire;

- The party seems composed by three characters (excluding the Guardian);

- The Guardian is a robot employed by Estra and the others that can be customized with parts and skils;

- According to the director, he wanted to actually do this game since a long time;

- They want to do a sort of "magical girl x Mecha" approach for the customization;

- The game is hard because that was the original idea. They want to make it as hard as Metal Max;

Well, actually it says to expect something along the lines of Metal Max (high difficulty game, then). It's "a challenge to all RPG fans".
The party is composed by three characters + the Guardian.
The Guardian, as reported earlier, can be customized.

The world is covered in darkness because the rotation of the star has stopped. The journey of the party and the main character specifically is to undo this. 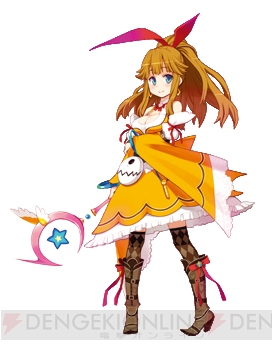 One day, the stars stopped rotating.

Because of this, the world was covered in darkness, and it became a world plunged into perpetual dark, with monsters abound lurking about.

To return the world to its original state, it is necessary to wind the screw that controls the rotation of the stars.

Estra, a Makaishi (demon machine soldier) girl, bands together with the Guardians to conquer the four towers guarded by the Protector Gods.

Overcome a variety of challenges and bring back light to the world.

The people who descended from the stars are known as Makaishi, and have the ability to use a mysterious power known as “demon machine arts.” Makaishi can also make use of robots known as Guardians.

Southern Cross and the Four Towers

The Makaishi revere at a sacred city known as the Southern Cross. It’s a city built in the shape of a cross, and features a Yellow Temple at its core. Additionally, there is a Blue Tower, White Tower, Crimson Tower, and Black Tower at its four sides, and their interiors are thought to be connected to the demon world. 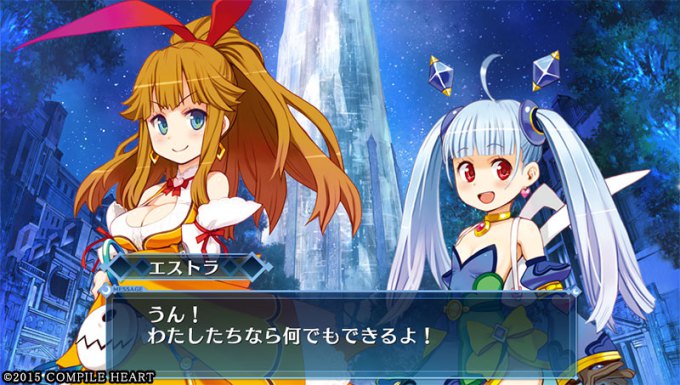 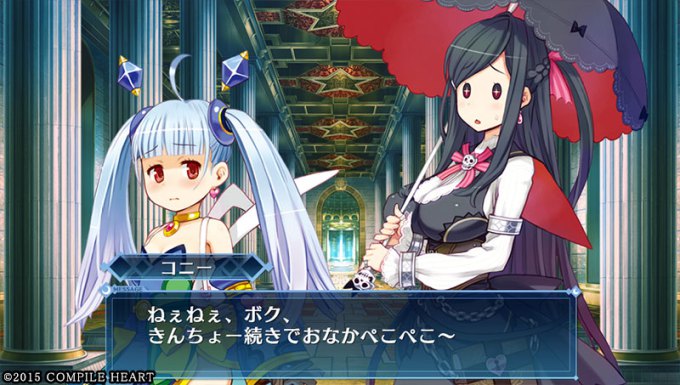 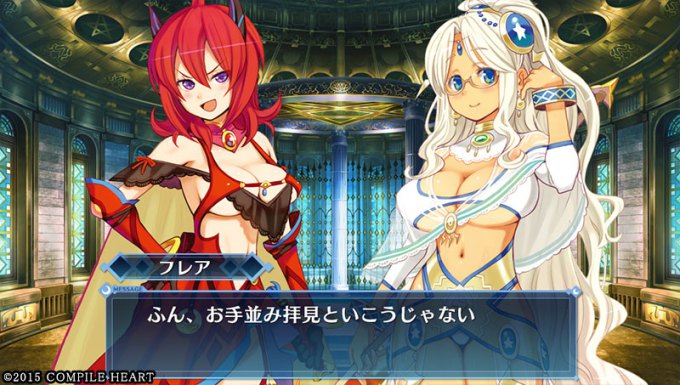 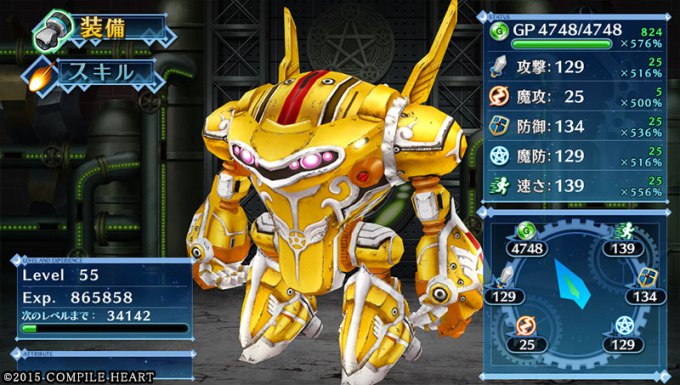 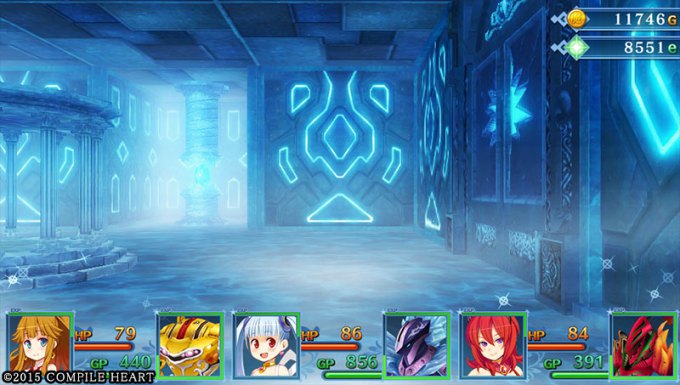 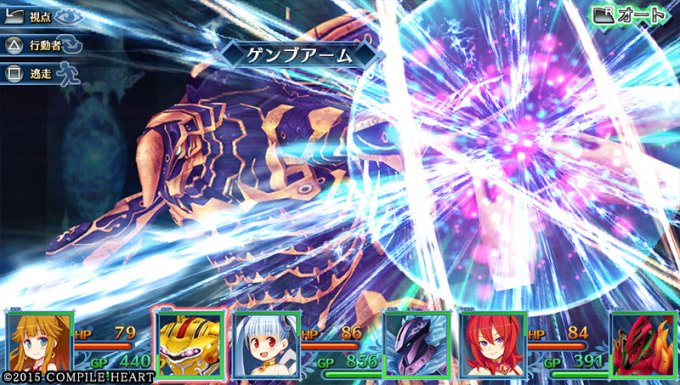 A Makaishi who lost his way and fell into darkness. He possesses great power, and stands in Estra and company’s way as they take on the towers by sending the Dark Saneishu (three shadow people) after them.

The leader of the Dark Saneishu under Gagarin, who adopts the “fire” attribute. He has a polite tone, but is sarcastic, stubborn, and a perfectionist. As not to soil his own hands, he hands suppressing Estra and company over to Gordon and Arya.

One of the Dark Saneishu under Gagarin, who adopts the “gold” attribute. He’s a muscular giant with a rough and impulsive nature, and is the first to attack Estra and company.

One of the Dark Saneishu under Gagarin, who adopts the “water” attribute. She has a queen-like tone and always wears a voluptuous smile. She’ll take foul means without hesitation to take out Estra and company.

Death Under the Labyrinth will launch for PS Vita on October 8 in Japan, the latest issue of Dengeki PlayStation reveals. The game will cost 6,800 yen at retail, 6,000 yen via download, and 8,800 yen for a limited edition.

Pre-orders for the game will include a “Trillion Form” for use in the game, which is part of a collaboration with Makai Shin Trillion, another Compile Heart game part of the Makai Ichiban Kan brand.

The magazine also details on the game’s “Form Change” and “Demon Stone” systems. In addition to your regular form, you can also change into four different forms. Demon Stones let you remember a special skill or enhance your abilities.