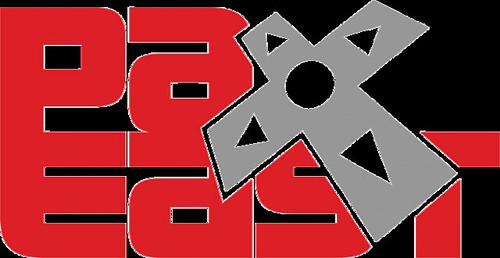 As you get ready to map out your plan of attack for PAX East 2014 at the Boston Convention Center from April 11th – 13th, be sure to include the Xbox presence (booth #524) in your agenda.

From the newly released Kinect Sports Rivals to Plants vs. Zombies: Garden Warfare to Titanfall, we’ve got something for everybody. Catch up with some of our most engaged members of the Project Spark community (and try it out for yourself), or go hands on with ID@Xbox titles Super Time Force and Strike Suit Zero: Director’s Cut.

Check back here for updates, and be sure to follow @Xbox and the  #PAXEast hashtag on Twitter  to keep up with the latest details on all our activities at PAX East 2014.

No tickets? No worries – you can still join us at a special event at the Natick Mall Microsoft retail store on Thursday, April 10th. For more details on all the great content we’ll be showing off this year, read on:

Before heading into the 70,000 human abyss at the Convention Center, let’s kick off PAX East together, New England! Join Xbox’s Major Nelson on Thursday, April 10th at 7pm at the Natick Mall Microsoft retail store for the first ever public demonstration of multiplayer mode in Harmonix’s upcoming Fantasia: Music Evolved. Attendees will also get to play unreleased ID@Xbox games, the newly released Kinect Sports Rivals, and enter to win prizes including a pair of tickets to the sold out PAX East event.

Great news – you don’t need PAX tickets to attend, everyone is welcome! See you there.

Project Spark – Playing is Creating: How to transform from an everyday gamer to a creative visionary with Project Spark – Saturday, April 12th 12:00 PM | Albatross Theatre

Have the dream of creating your perfect game? Interested in seeing what an engaged and passionate community can create? Do you love playing new, different, and unique games? Join Team Dakota as we share the vision and reality of the limitless possibilities of Project Spark. We will showcase some of the amazing games, worlds, and content that our community has created. Learn more about Project Spark: Where Players Create and Creators Play. Currently available in beta and launching soon on Xbox One, Xbox 360, and Windows 8.1!

Hello New England….we are baaaaaaaaaaaaack! Major Nelson Radio returns to PAX East with more fun than ever before. We hope.

Join Larry Hyrb, Xbox LIVE’s Major Nelson, e, and JEF United as we record an episode of the award winning podcast “Major Nelson Radio” LIVE in front of the studio audience. We will have prizes, guests and probably fun. Note: Clowns are not permitted at the recording.

Titanfall – Winner of Over 85 Awards – Titanfall is the first next-gen shooter that combines pure adrenaline, wall-running, double-jumping action with powerful, fast-paced titan warfare to set the new bar for online multiplayer gameplay. Stop by, as we’ll be featuring 24 stations for you to get hands on time with what GameSpot called “A Leap Forward for Shooters”.

Project Spark – The ultimate creation game that lets anyone build unique and instantly playable levels, experiences, and worlds, Project Spark will showcase exciting new content on Xbox One and Windows 8.1 at PAX East. In addition to Team Dakota, the development team behind Project Spark, providing hands-on and guided demos of the game, several of Project Spark’s superstar community members will showcase their own games and levels created within the game. Consumers who come by the booth and try the game for themselves can receive an exclusive “Pinny Arcade” pin (limited quantity).

Plants vs Zombies Garden Warfare will be showcasing the Garden Ops mode, which pits four Plant team members against waves and waves of zombies and bosses who are out to destroy your garden, featuring content from the Garden Variety Pack update including a new map, a slew of additional character upgrades, and a host of fresh Pirate Zombies for players to face in the Sharkbite Shores map. Boss Mode allows players to employ SmartGlass to support their teams with a top-down view of the battlefield, employing enemy intel, health drops, revive stations and explosive artillery strikes. Players will also have a chance to receive The Super Duper Pack and Craaazy Pack giving players a mix of customization and consumable items, and are guaranteed to include at least one Uncommon item, one Rare item, and a high likelihood of a Rare character piece.

ID@Xbox – Recently highlighted at GDC, ID@Xbox is how independent game developers participate in the momentum of Xbox One. We’re showing off two of the titles – Super Time Force and Strike Suit Zero: Director’s Cut in the Xbox Live area of the booth.

Twitch – With Twitch on Xbox One, you can broadcast and watch your favorite games live. Just say “Xbox, Broadcast” to show the world what you’re playing. Once you’re done broadcasting, use Twitch to watch the games you love, chat with the players you follow, or even join a broadcaster’s game.

For the first time, come play “Lifeline”, the new DLC for State of Decay, at the Undead Labs booth (#1039) during PAX! State of Decay is the hit zombie survival game which fans have turned into a multi-million unit franchise. Available on both Xbox 360 and Steam*, Lifeline will put you into the boots of Greyhound One — a military unit sent to ground-zero of the zombie apocalypse to rescue a group of scientists who might be the key to fighting the plague. *State of Decay game required, sold separately.

Powerstar Golf will reveal a brand new course for the first time at PAX East! Play the course at Ubisoft’s Booth (#836), where Powerstar Golf will be one of the titles featured in Ubisoft’s “The Next Level” Tournament. Also, make sure to watch the trailer playing throughout the weekend in the booth.

Fighting game enthusiasts at PAX East 2014 will have a chance to flex their competitive muscles playing Killer Instinct on Xbox One for the chance to win a variety of great prizes at the Turtle Beach booth (#862). Gamers in attendance can register for one of the 32 open slots available for each of the 3 days. All gameplay will happen on the Xbox One, using Killer Instinct FightSticks and customized Turtle Beach XO SEVEN headsets. All participants will also receive an exclusive Killer Instinct FightStick pin!

Make sure you swing by the Twitch booth (#936) to catch Capcom Pro Tour action throughout the weekend. Twitch will also be giving away awesome swag bags to the first 250 people who come check out how easy it is to stream on next generation consoles including Xbox One. Can’t make it? Watch it all from the Twitch app on your Xbox 360 or Xbox One.