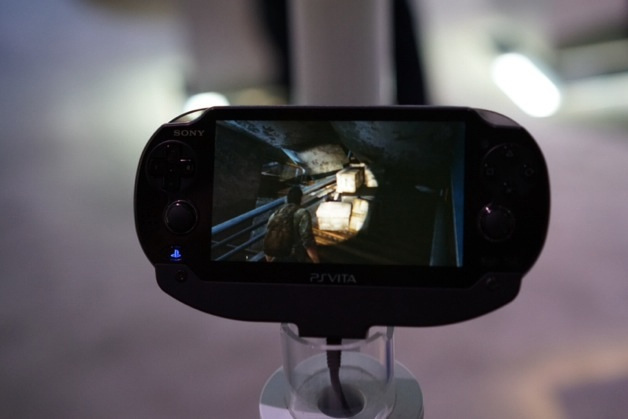 In addition to PlayStation platforms, most 2014 US models of Sony’s BRAVIA TV lineup will support PS Now. Eventually the service will expand beyond PlayStation platforms and Sony devices, allowing you to stream PlayStation games across a broad range of Internet-connected devices.
PlayStation Now will allow you to:
Play video games instantly across multiple devices, similar to the way you might stream TV, movies, and music.
Stream full games to all of your compatible PlayStation devices including PS4, PS3, and PlayStation Vita as well as non-PlayStation devices, beginning with 2014 BRAVIA TV models and expanding to numerous other Internet-connected devices.
Always play the most updated version of your game. With games hosted in the cloud, you can take your game with you – just log in with your Sony Entertainment Network account on a compatible device and your games and saved progress will be easily available.
We want to offer you choice when it comes to how you want to access content on PS Now, so you will be able to rent by title for specific games you are interested in. We’ll also offer a subscription that will enable you to explore a range of titles. 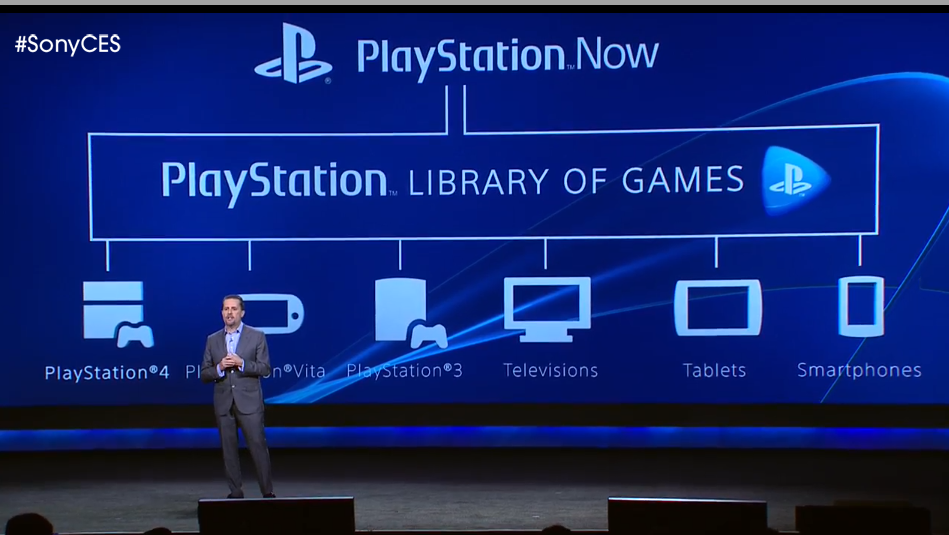 PlayStation Now really works!
First hands-on from CES
PlayStation Now really works!
First hands-on from CES
1 hour ago - 12:30 PM on 01.07.2014
0
59
PS Now hands-onPlayStation Now really works! photo
Reddit1Share3Tweet430Share48
I just had my first hands on with the newly announced PlayStation Now streaming service here at CES 2014, and I'm here to tell you that it seems to work beautifully.
It took me several minutes to wrap my head around that I was playing a perfect copy of The Last of Us on the Vita on the CES show floor. It was exactly like a Remote Play experience, complete with triggers being mapped to the rear pad. Gameplay was very responsive and completely lag free. Sony told us that a Gaikai server from down the hall was running the game.
What's neat is that multiplayer works between proper console games and cloud games. I learned that Sony was testing Journey with console players with them having no idea they were paired with cloud players.
Sony is also showing PS3 game Puppeteer being played via the cloud on a Bravia television. Again, this works flawlessly. It looked maybe a bit less impressive than the Vita experience, but still great. God of War: Ascension and, Beyond: Two Souls are also available to play on the show floor via PlayStation Now.
Sony says that PS3 is a focus right out of the gate, but PS2 and PS1 games are also slated.
We are hoping to try out tablet and smartphone play soon. Stay tuned.

Polygon
Hands-on with PlayStation Now: It works!
By Michael McWhertor on Jan 07, 2014 at 3:33p
Sony's game-streaming service, PlayStation Now, is here, bringing with it a massive library of the PlayStation's back catalog to devices never designed to play them.
With the subscription and rental-based PlayStation Now, PlayStation Vita owners will be able to play games like The Last of Us on a handheld. Bravia TV owners won't even need a dedicated console. The service could boost the PlayStation 4's library with thousands of new and old titles, essentially bringing much-needed backwards compatibility to the new console.
Even better, based on our hands-on time with PlayStation Now, it works.
Performance in games like The Last of Us and God of War: Ascension was impressive. Lag input was noticeable, seemingly more so on Vita when moving The Last of Us' Joel and waiting a beat for him to respond, but more than playable. Even the higher frame rate, faster paced action of Ascension was playable, though compression artifacts and more muted colors were present.
But the technology is striking, to say the least; these are capable, playable versions of PS3 games without the need for a dedicated console. Despite the small amount of latency, PlayStation Now already feels like a viable game-streaming option.
At CES, Sony showed PlayStation Now working on a Bravia TV and PlayStation Vita, with a handful of PlayStation 3 games playable: The Last of Us, God of War: Ascension, Puppeteer and Beyond: Two Souls. Sony reps said those games aren't necessarily indicative of what titles PlayStation Now will launch with later this year, but confirmed that the focus, at least initially, is on bringing PS3 games to the service.
Jack Buser, senior director of PlayStation Digital Platforms, told Polygon that a wide variety of titles are planned for PlayStation Now, but he wouldn't confirm whether both first-party and third-party titles would be available at launch — though it certainly sounded like they would be.
Buser also couldn't offer details on how the Gaikai-powered streaming technology would work, declining to say whether Now users would be playing on dedicated, remote PS3 hardware or virtual machines that emulate PS3 hardware. Also unclear is just how rentals and subscriptions will work, or whether they'll be part of Sony's PlayStation Plus service. Reps declined to comment when asked.
Reps could confirm that people who play multiplayer games on PlayStation Now would be able to play with others using more traditional means. A PlayStation Now subscriber playing The Last of Us multiplayer, for example, can be matched with others playing the same game on a PS3 Blu-ray disc, a Sony rep said.
PlayStation Now on non-PlayStation hardware, like the Bravia TV on display at CES, will work with DualShock 3 controllers. They'll require a one-time sync over USB, but should connect via Bluetooth for further play. On PlayStation Vita, a graphical overlay displayed at the top of the screen shows that the handheld's back touch panel will be split into four quadrants to compensate for the fewer number of buttons.
Expect to see PlayStation Now for yourself starting later this month, when Sony plans to roll out a limited, external beta. The service is slated to release sometime this summer.
PlayStation Now is targeting PlayStation devices (PS3, PS4, Vita) first, then other Sony devices, like Bravia TVs and tablets. Support for non-Sony devices will come afterward.