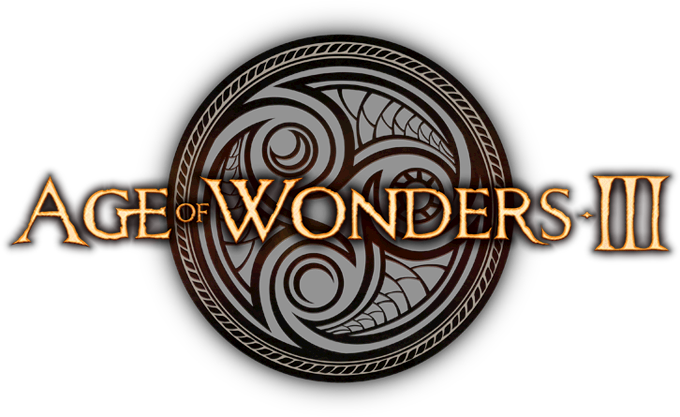 Delivering a unique mix of Empire Building, Role Playing and Warfare, offering the ultimate in turn-based fantasy strategy for veterans of the series and new players alike!

Hello everyone! Welcome to the second development journal for Age of Wonders III.

Before telling you about the brand new mount system in Age of Wonders III, let me make a quick introduction. My name is Godewijn and I am a designer for Triumph Studios for a little over a year now, and as such I am one of the ‘new people’ that joined this project.

Unlike what you might expect from someone who didn’t work on the prequels, I’m sometimes actually a bit more conservative than some of the longtime Age of Wonders developers. Reason for that is probably that I have been a huge fan of the series since the first Age of Wonders and (when time allows it) I still play Shadow Magic regularly with a friend.
You can imagine it was a dream come true to be able to work on the third installment!

I should mention everything you see and read in these dev journals is work-in-progress. As we are still in the middle of development on Age of Wonders III a lot of things can change, both gameplay- and graphics-wise.

So let’s talk about those mounts!

As in previous games your heroes and leader will ride a mount. The default mount they get is based on their race. For example at the start you won’t have High Elves riding boars through the woods since boars are the preferred mount of Dwarves and the Elves prefer Unicorns.

These are the default mounts per race:

Default mounts don’t give your units special abilities and are purely cosmetic. This changes once you progress in the game and get access to special mounts.

Acquiring Special Mounts for your Hero

Unlike the default mounts, the special mounts are more than something purely visual. They have the ability to add bonuses to your hero or leader. The Nightmare mount for example will bestow Floating (faster movement) and the Bleak Warg will provide Arctic Walking.

Some of these special mounts are creatures like Fell Horses, Nightmares, Blight Tusk Boars, Bleak Wargs, Hell Hounds, Unicorn Sires and Red Raptors. You can swap them by using your inventory, as mounts are considered a special kind of item.

We are thinking of adding more, like Dread Spider mounts, which would give your hero/leader the ability to climb walls with ease. At the same time we are careful with adding abilities to mounts so they don’t make other items worthless or become imbalanced.

So how can players obtain those mounts in the game? Well, you can obtain them as quest rewards or rewards for exploring structures.

For the really special mounts you will need to start looking for eggs. Just like Daenerys Targaryen (the mother of dragons) in Game of Thrones, you will be able to find eggs and hatch them. This way you can get some awesome mounts. Maybe you’ll find a Gold Wyvern egg in an area fiercely guarded by Gold Wyverns.

Artwork of the various Wyverns

Eggs will be used only for the strongest of player mounts: Gold, Fire, Ice, Obsidian and Bone Wyverns and the Gryphon.

Once you find an egg you need to carry it with you for a certain amount of rounds before it gets hatched (no worries – your hero won’t need to sit on the egg). The mount resulting from that can be equipped as any mount and gives the hero/leader flying and increased vision on the World Map. Maybe even something extra as well.

Leader on a special mount (Red Raptor) attacking a hero on a Hell Hound (this is Work-In-Progress).

This is just one example of us trying to add flavor and improve on the earlier games. Is it needed? Perhaps not. Is it fun? We think so!

But it’s even more important what you think! Let us know in the attached forum thread. We’re looking forward to it!

Hello everyone and welcome to the next installment of our Age of Wonders III Dev Journals.

My name is Daniel and I’m an Artist here at Triumph Studios. I’ve been with Triumph for more than 2 years now, working on all aspects of the environment process, from concept development to final level design.

A lot has changed since the last AoW was released. We are working in full 3D now and that gives us a lot of opportunities to make the game much more immersive.

For the presentation of Tactical Combat we aim to create big sweeping battles with large armies, now featuring multiple characters per unit. We really want to move away from the chessboard feel that a lot of turn based games have and make it look more like an actual battle with a better sense of scale in an epic landscape that resembles the world map location.

Most importantly, our job as artists is to visually communicate gameplay events , while at the same time make things as impressive looking as we can.

Translating any world map location to a Tactical Map

For each location on the world map there is a corresponding Tactical battle map. There are a lot of combinations that can make up a location:

There are 5 unique climates: Temperate, Arctic, Blighted, Tropical and Subterranean. Each of these climates are made up out of a variation of terrain types: Fertile, Barren, Forests, Mountains and Swamps.

On top of these climates you have a large amount of structures like Nodes, Mines, Treasure/Visit sites and of course cities for each of the races. These range from small outposts to a large cities, with various upgrades including city walls.

To deal with all these variables and to create unique, great looking maps, we decided to develop a partially procedurally generated system. This enables us to create tactical maps with thousands of variations and an enormous variety.

The Maps are a combination of hand work, asset swapping, procedural algorithms and modular building sets. Level designers are able to pinpoint what obstacles will spawn and in which area. When entering the battlefield a random seed is generated to make the gameplay area unique but still controlled and in the proper setting. Assets are swapped across climes in order to reduce the amount of handwork in creating maps.

Temples such as this one are made up out of random elements that select their source assets from controlled libraries. So there might be a limited amount of TC maps for a particular structure, but each map has randomized elements that make the experience a little different every time.

Just like the old games the adjacent hexagon rule is still in place, meaning that units from nearby hexagons on the worldmap get to join a tactical battle. There are a total of 7 deployment zones in a battle. Units will spawn corresponding to the direction of the hex on the worldmap. The gameplay area currently measures 25 hexes from side to side, which is currently still being tweaked. There are hexes on all sides of the map that enable units to flee.

With the worlds now being 3D, we decided to make full 360 degrees panoramas around your environment. This gives you a sense of the scale of the world and adds to the immersion. The default camera is more top down, but players are free to move the camera around similar to Total War, and you see the environment in entry/exit camera pans.

These background panoramas are dependent on the hexagons that surround the battle hex on the strategic map. So if you have an army that attacks you from the mountains, a mountain range will also show behind the attacking force on the tactical map.

Behind all of this we had to design a way to control the asset flow. We want this game to work on low spec machines as well, so one of the things we had to do is to keep the memory low. Next to that the system had to be scalable for DLC. Our engine is set up with content libraries and resource packs, combined these contain all the game logic and assets. We try to share geometry and textures among assets and we are able to load only the assets you’ll be using:

As there are still a lot of props like these to make, I will end my development journal here. In following dev journals we’ll be taking a closer look at the gameplay in tactical maps.

Our intergalactic friends at SpaceSector posted an interview with Triumph Studios’ founders Lennart Sas and Arno van Wingerden about the AI, balancing and pacing of the upcoming Age of Wonders instalment.

SS: Age of Wonders 3 is going to feature at least six races, six classes, and six specializations upon release. Given such varied options and potential, game balance can be a difficult thing to get just right. Allowing players access to incredibly powerful abilities can offer an exciting experience, but can also be very difficult to do in a game incorporating multiplayer. What is Age of Wonders 3′s strategy regarding game balance?

LS & AW: In Age of Wonders 3 we approach balance from multiple angles. There are initial spreadsheet checks and logic limitations (i.e. avoid units achieving full physical immunity through buffing). Next we have an in-game valuation system that puts a value to each game entity and of course there is iterative development with testing; including automated AI vs AI testing. But in the end nothing matches fine-tuning the game after release with the feedback from thousands of players.

Now, after more than 3 years of development and more than 10 years of waiting from the fans, Triumph Studios is ready to confirm the release date for Age of Wonders III: March 31st!
Pre-orders have started at Steam and GOG.com and at retail in select territories. We have a DigitalRegular and Deluxe Edition available. The latter adds the truly epic Dragon’s Throne scenario and a fabulous two hour soundtrack; don’t miss out on this! And we have added a free pre-order gift: The Elven Resurgence scenario, which takes the series’ back to its roots in the ancient Heartwood Forest.