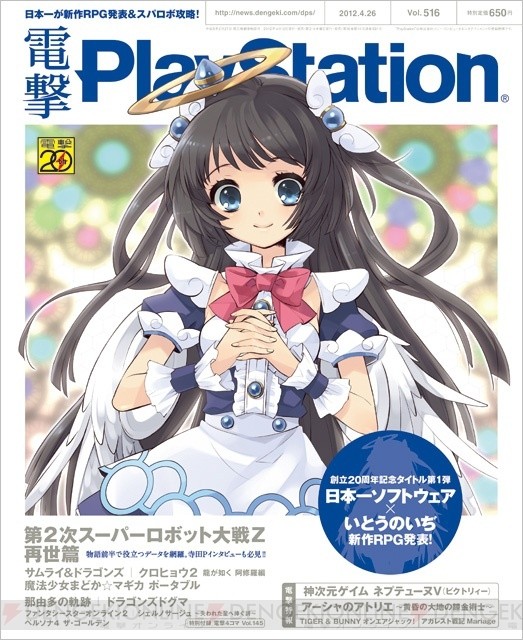 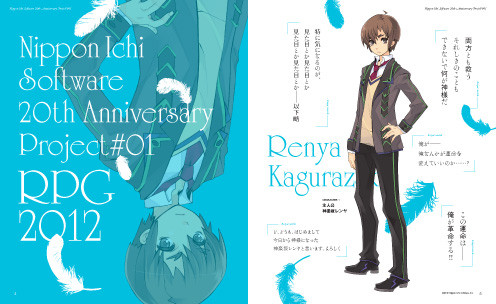 The basic premise of the game involves a boy who has become a god teaming up with an angel to grant people their wishes. The game is definitely an RPG. It may also be a strategy RPG, or at least have SRPG elements.

We already got a first look at this game a few months back, as it's the first of Nippon Ichi's two previously announced anniversary games. No, not the one with the mega bust newscasters. It's the one with Noizi Ito as character designer and the character who looked like an angel.

As previously detailed, the game is being produced by Nippon Ichi CEO Shuhei Shinkawa and directed by Masahiro Yamamoto. Dengeki also reveals this week that the game has animation from Shirogumi.

Dengeki does not list the game's platform. A pre-site will open for the game on the 12th. The full official site will open on the 19th.