Dengeki PlayStation has first details this week on a new PlayStation 3 title from Nippon Ichi and Classic Dungeon developers System Prisma. The game is titled Meikyuu Touro Regasist, and is an action RPG where you explore a dungeon with customized characters.

According to Sokuho@Hokanko's summary of Dengeki's article, you play as Alto, who sets off on a journey to free his sister from a curse that has turned her to stone. Alto and his party must explore a dungeon, returning to their base after reaching the goal on each floor.

From your base, you form a party of three before heading out to the dungeon. The characters have a varying abilities, with some better at close range attacks while others are better at long distance.

As you explore the dungeons, you'll find puzzle elements, including traps. These can be used against the enemy as well. The dungeons are also crawling with giant beasts.

During combat, you may get infected by poison. This is the only form of status irregularity in the game, but there are multiple types of poisoning. You'll come to rely on potion items.

The game appears to have a complex equipment system. You can pick up armor and weapons around the dungeon, and if you manage to get them to the exit, you can carry them back with you. Equipment has an HP-ish parameter which is recovered when you exit the dungeon. You lose the item if it loses all its strength.

Dengeki got additional commentary from Nippon Ichi CEO Sohei Shinkawa and planner Shougou Kosakai. Kosakai revealed that the project began when System Prisma decided that it wanted to try out PS3 development with the hope of having more gamers play their action RPGs.

The game will have 20 to 30 hours play time for its main story, although there will be plenty of additional stuff to do besides this. Voice recording is currently under way. The game will be fully voiced for its event scenes, and will also have voice elements while exploring the dungeon.

Providing a few hints about gameplay, Kosakai said to expect six job types. Regarding the combat system, he said that it's real time and not turn-based, making split second decisions important.

The game will also have a character edit mode. The edit mode is being made to support the game's high resolution visuals, but will also allow for lower resolution editing that can be used like a sprite editor. One feature Kosakai said they hope to have is the ability to import illustrations from your PC.

Kosakai also teased that the game could have some cross-company collaborations similar to Classic Dungeon.

Meikyuu Touro Regasist will be released on March 15, priced ¥7,140. 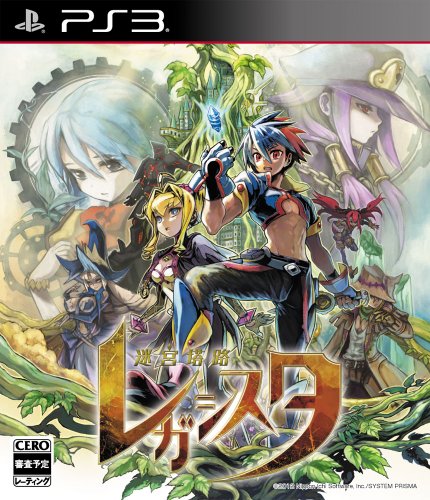