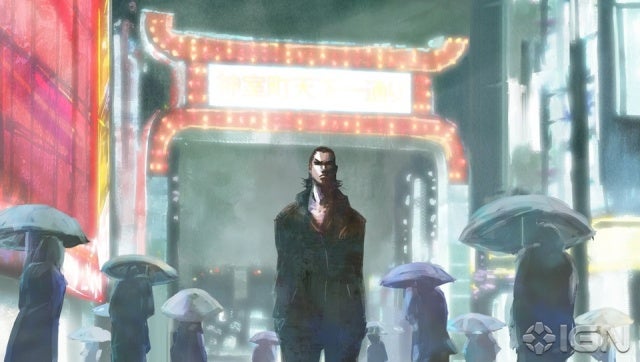 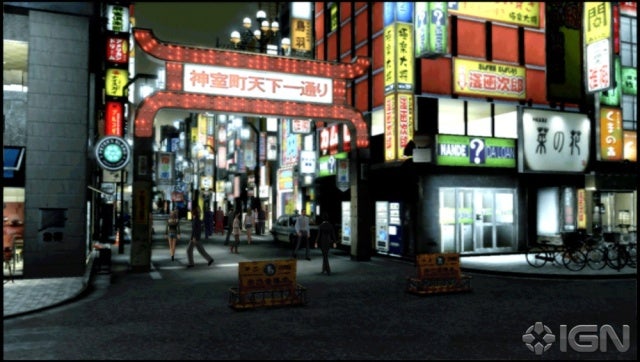 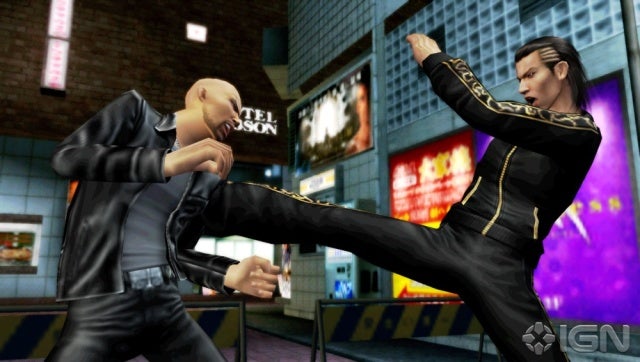 As detailed earlier in the week, the tentatively titled Project K takes the series to PSP for the first time. Yakuza series director Toshihiro Nagoshi is producing the game and also writing its script.

The young tough you see in the screens is Tatsuya Ukyou, an 18-year-old who was expelled from high school for knocking the lights out of a student from another school. Ukyou now wanders the streets of Kamurocho, the same setting as past Yakuza games, and has earned the reputation of being "Kamurocho's Strongest Street Fighter."

The game kicks off with Ukyou plotting to rob a city loan shark, a plan so dangerous that his partners back off. Ukyou continues with the plot on his own, only to find that the person he's robbing is Naoki Toda, a high ranking member in Tokyo's largest yakuza organization, Tojo Clan (also from the other Yakuza games).

The two fight and, from what we gather from Sega's story information, it seems that Ukyou ends up killing Toda.

Sega hasn't shared any specifics aside from the story. The usual Yakuza elements seem to be in place, though. You'll be able to explore Kamurocho at day and night, visiting shops, some of which are based off real world tie-ins (you can see Don Qijoti and Watami in the above shots). Ukyou will get into battle, making use of what appears to be heat action moves, one of the fundamental elements of the battle systems in the other Yakuza games.

In an interview with Weekly Famitsu magazine, Nagoshi hinted at some features one might expect of the PSP without saying what those features are. He also said that the game would tackle some new themes, including "violence" and "youth."

More details, and hopefully a final name, should be forthcoming, as Sega is readying Project K for Japanese release this Fall.

He also said that the game would tackle some new themes, including "violence" and "youth."