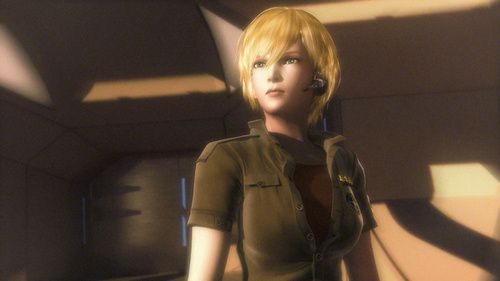 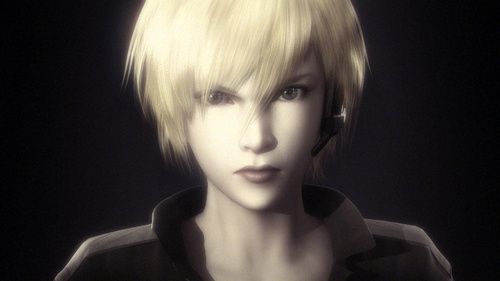 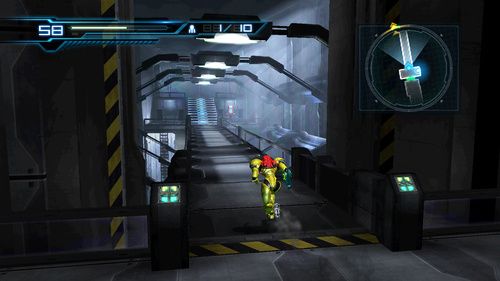 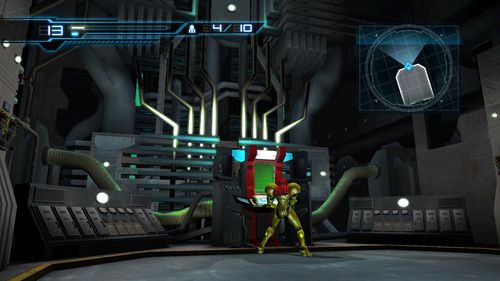 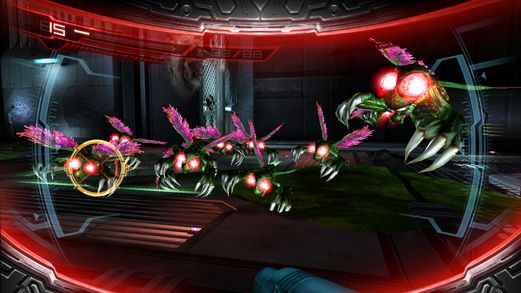 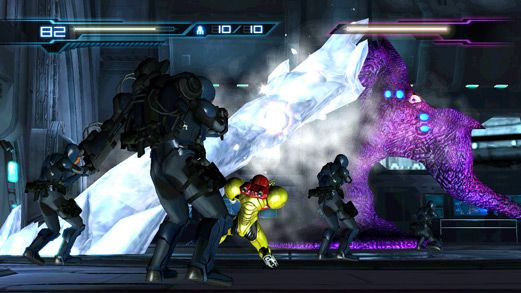 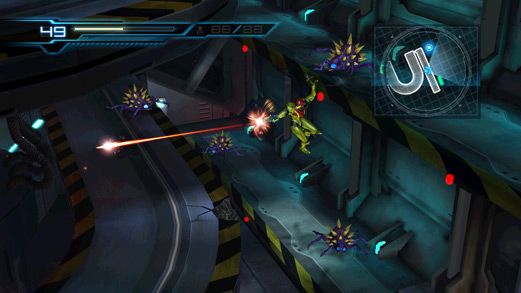 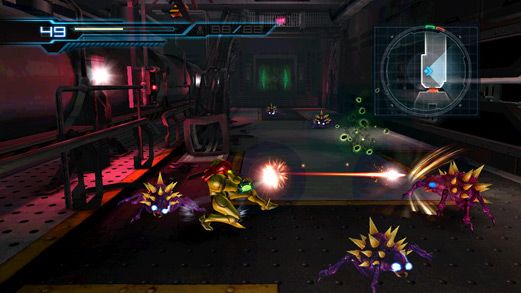 - Fast/action-packed game
- Has exploration
- Long, pre-rendered cinematic at the beginning, shows Samus grow from a baby to Samus
- Shows battle with Mother Brain from end of Super Metroid\
- Hold Wiimote sideways, move Samus with d-pad
- 2D angle with 3D levels and polygons
- Samus can run sideways
- 1 button to shoot beam, hold it down for a charge attack
- No real lock-on in third-person mode, but auto-targets closest enemy
- 2 button for jumping, A button for morph ball, lay bombs with 1 in morph ball mode
- Samus can lay 4-5 bombs circling her perimeter
- Can dive out of the way from a projectile wit d-pad
- Point Wiimote at screen any time to go to first-person
- Can only shoot in first-person, cant move
- Press A to shoot, B to look around
- Advanced lighting system
- Samus can kick-climb to the top of slim shafts with the 2 button
- Can collect energy/missile tank upgrades

The controls are surprisingly uncomplicated. You hold the Wii remote sideways (most of the time, which I'll get to) and finger the D-Pad to move Samus. Digital controls, I know -- but they work very well within the context of the game. Oftentimes, the presentation is quasi-two-dimensional, meaning that despite the fact that the levels are constructed via polygons and full 3D, the viewpoint unfolds via a 2D angle. Samus can walk in and out of the foreground even as she runs left and right. There's a lot more to it than that, though, because the structure of the world enables her the ability to run sideways at one moment and then directly forward via behind-the-back third-person the next. The camera very competently follows the action regardless of your choices or placement, although there are the occasional quirks that need management -- for instance, the character might sometimes walk into the screen as she seeks a door, which is not ideal.
The 1 button shoots her beam. Hold it down and she'll unleash a powerful charge attack. You'll quickly find that while there's no real lock-on system from third-person mode, the heroine very accurately auto-targets the nearest enemy. Simply face her into the general direction, press the 1 button and your chances of success are very high. The 2 button, meanwhile, is used for jumping. Press the A button and Aran will go into morph ball mode, at which point she can lay bombs every time you tap the 1 button. If you hold down the 1 button here, you'll drop a single power bomb, capable of burning up everything in the room in a powerful nuclear light....
At any time, and anywhere, if you point the Wii remote at the screen, the action will change to the first-person and you'll be able to take direct control over Aran's beam as you might in the Prime games. There are some differences, however. First, you can't move around in the first-person -- you can only look and shoot. Tap the A button to very rapidly shoot down foes on a static screen. Hold B-trigger and you can actually look around in a full 360-degree radius.[come la visuale in prima persona degli Zelda in 3D(ndF.)][/i]

"Interestingly, killing enemies will no longer provide you with health or missile replenishment. Instead, tilting the Wii Remote vertically and holding "A" can replenish your supply at any time. The same can be done in for health as well; if your health dips into the red, tilting the remote and holding "A" will replenish one energy tank. Also, weapon and suit "upgrades" won't be found through exploration. Instead, in the sections I played, the Commanding Officer of the Galactic Federation (who you'll be working alongside) "authorized the use of" morph ball bombs."