As the overseas publisher of Yuusha Kuse (Holy Invasion of Privacy), Nippon Ichi is fully aboard the retro bandwagon. Here's another retro-styled game from the publisher: Classic Dungeon.

Featured on the pages of this week's Dengeki PlayStation, Classic Dungeon is a PSP action RPG with sprite-based overhead visuals. Retro is in full force here, as the blocky sprites that fill Dengeki's article should indicate. In addition to classic visuals, the game also allows you to switch the music between standard and 8-bit!

The story of Classic Dungeon centers on a forbidden land known as Manoakazu. In the center of this world is a mysterious door which takes you to dungeons. Nine (and possibly more -- see below) heroes have visited Minoakazu to challenge the dungeon in hopes of having their dreams fulfilled.

Gameplay is centered around dungeon crawling and classic sword play. After equipping yourself with weapons and armor, you head off to the door and enter a dungeon. You have to clear the dungeon before you can return to town.

Combat options include direct attacks with your sword, dash moves, and skills and magic. Each character has a job, like knight, mage, and so-forth, offering different skills and magical abilities. You also have access to jumps, which can be used in order to avoid traps.

When not in a dungeon, you're able to freely swap characters between support and primary roles. Additionally, the game offers a variety of charts, some allowing you to set more support characters, and some giving added effects to certain slots. The magazine suggests experimentation depending on the make up of the dungeon at hand.

It looks like there will be plenty of customization options for Classic Dungeon. Outside of the nine characters, who have such names as Bob, Sandy, Despina, and Dodo-hige, you're able to create your own unique character, setting look and job to your liking. Screenshots in the magazine show what appears to be a full pixel-based editor, although the magazine doesn't specifically state this.

Custom characters will be a must for this game, as it has wireless multiplayer. Using ad- hoc, you can team up with other players for cooperative dungeon treks, or face off against others in heated battles. The magazine does not list a player count.

Classic Dungeon seems to offer the retro taste of blocky sprites and optional 8-bit sounds with a modern dose of multiplayer and customization. PSP owners can look forward to the game in retail (¥5,229) and download (¥4,000) forms on February 18. 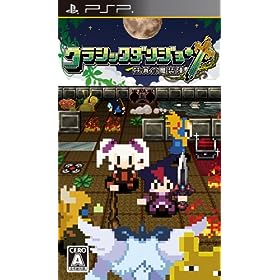 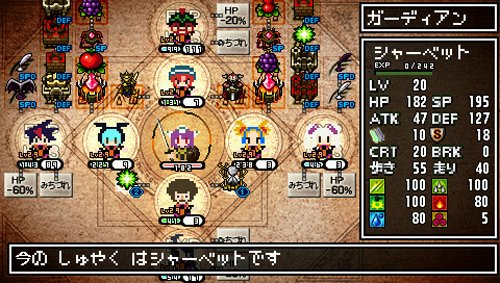 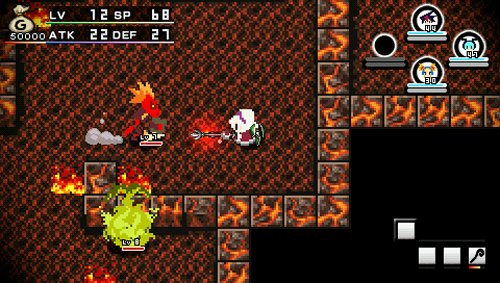 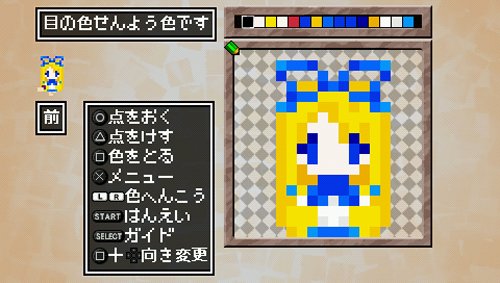 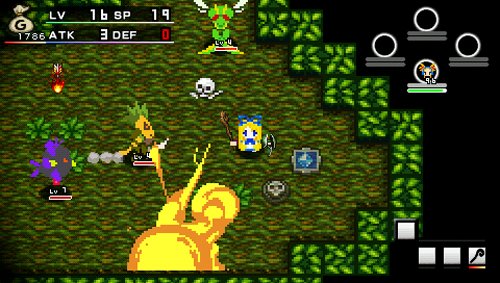