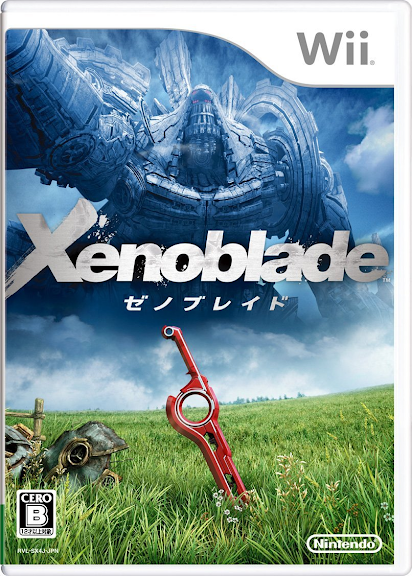 All it took was a "Xeno" to get gamers everywhere talking about Monolith's new Wii RPG. Previously announced at E3 2009 as Monado: End of the World, Nintendo, the title's publisher, gave the game the new name of "Xenoblade" a couple of weeks back and had people wondering if this might be a new entry in the Xenosaga series.

It's not a new entry in that fabled PlayStation series, though. Xenoblade director Tetsuya Takahashi made this clear in an interview in this week's Famitsu.

"The world setting, story and other elements have no relation," explained Takahashi on connections to past Xeno games. "It's a completely new title."

Design philosophy also appears to be different here. Past titles from Monolith have focused on events and scenario, Takahashi admitted. However, he feels that this type of development has reached a "dead end." The Xenoblade project started off by looking at the origins of the RPG genre. Takahashi wanted to make a game where it was simply enjoyable to adventure.

He suggested that players consider the "Xeno" part of the title to be just a symbol. "I wanted to to have some sort of common point with the games I've made."

Takahashi was a little shy in fully explaining the Xenoblade name to the magazine. "Xeno" has the meaning of "different nature" or "uniqueness," he explained. As for the "Blade" part, Takahashi asked that we refer to the game's ending to find out.

Possible ties with Xenosaga out of the way, Takahashi shared details on Xenoblade's unique story and world setting, and even gave some preliminary gameplay details.

Xenoblade's background story starts thousands or maybe tens of thousands of years in the past as two great gods waged a great battle. In the end, all that was left of the two gods were two giant corpses. Xenoblade is set on top of those two corpses.

Takahashi came up with the idea for this unique world setting after a meeting about Soma Bringer, a past Monolith project. "It seemed like it would be enjoyable to adventure on top of the body of a giant god," he told the magazine. He immediately returned to the office, wrote up a design document, and showed it to a number of other people, getting a positive reaction in the process.

In order to better get the point across about his plan, he had one of the Monolith staffers create a model of the two gods in their final resting position. The Famitsu article has an image of this model. The two gods, one winged, are facing each other, with their swords clashing like they're engaged in battle. One is kneeling while the other looks like he's about to fall to one knee.

This model, the magazine notes, was created far before actual production began on Xenoblade. "It was of great help when explaining the project to Nintendo," said Takahashi.

The entire game world is set on the top of the corpses of these two gods. The rest of the world is nothing but ocean. It's an entirely enclosed space. You won't find outer space if you look up. And it does not seem to be the case that the two gods are resting on a planet.

Takahashi actually gave a pretty specific size to the world. From one end of the corpse to the other (I'm not sure if he's referring to just one corpse or both combined), the world is about the size of Japan.

But it may be larger than it looks. Areas of the world will open up as you progress through the story, and you'll eventually enter the body of one of the gods.

Outside of the sheer uniqueness of a setting on top of two gods, Takahashi pointed out something else of note about the Xenoblade world. Because it's set on these human-like god figures, Xenoblade's world has a lot of height. "From the start of the project," said Takahashi, "we thought it would be interesting if we could make use of a vertical construction."

Areas of the world correspond to parts of the gods' bodies (no jokes now!). You'll find a wide variety to the world, from different weather to varied monster ecology. As an example of some of the regional features, Takahashi said that you can head to the top of one of the gods to see an aurora.

Not surprisingly, your quest is tied in closely with the unique setting. Residents of the two corpses are enemies. The player is on one god, which is home to a population of organic life. The other side of the world has mechanical life. Explaining how the story starts, Takahashi said, "It's simple -- the fight against mechanical life that threatens the peace of mankind."

The adventure starts on the right foot of the player's god, in an empty cave. This was actually something that was decided upon when the god model was first made. You'll initially make your way to the head area of your god.

Navigating what appears to be a large world will be simplified thanks to some of the steps Monolith is taking. The game will keep track of where you should be going, both for the main story and for sub quests that are unrelated to the story. You'll also be able to make use of warps to transport to areas that you've previously visited. Monolith even has some systems in place to keep you from losing your way when you're physically moving about the areas.

Your movement through the world will be seamless. "We've put effort into this," said Takahashi, "because we felt that in order to show a living world, we needed an overwhelming sense of scale, like that of an MMORPG."

Exploration of the world looks like it could be one of the game's charms. Takahashi said that he hopes players will simply walk around in search of special unexplored areas which have beautiful settings. You'll get experience for just finding these. Some areas include monsters that can't be defeated at first. Once you've powered your character up, you'll want to return to take on those beasts.

While most of this first interview was about Xenoblade's world setting, Takahashi also shared a few details on the Xenoblade battle system. Enemies in Xenoblade roam the fields alongside you. Encounter an enemy, and the game will transition seamlessly into battle. Takahashi explained that he didn't want make the game transition from field to battle in typical RPG style.

Since battles take place on the same fields across which you and the enemies roam, you'll find that nearby enemies will join in on the battle. As a strategy, you'll want to engage in battle in areas where there aren't any other enemies.

Your main character will adventure alongside two AI-controlled party members. Your character performs his attacks automatically while you watch the action and select special skills, known as "arts." Arts include attack skills, recovery skills and so forth, and are learned as you progress through the game.

This first major feature on Xenoblade consisted almost entirely of the interview with Takahashi, with Famitsu getting its hands on just a few pieces of artwork and screens from the game. Xenoblade is set for a Spring release, so the wait for a more solid look shouldn't be too long.

- Monolithsoft estimates the game to be 70-80 hours long, over 100 hours if you decide to enjoy all the optional content

- The entire world in Xenoblade is "seamless" and all areas flow naturally and continuously. But there are loading breaks when you travel between major areas. Major areas are defined as different body parts of the two gods. So travelling from the region of the lower leg up to the knee area, there will be loading.

- The battles are all in realtime and seamless as well. No transitions or break, and you can see enemies roaming on the fields. When you attack enemies normally, you use auto-attack which makes the character automatically attack the targeted enemy continuously with regular attacks. If you manage to move behind an enemy or to the enemy's sides, you can trigger special attacks called Arts.

- Xenoblade's soundtrack is composed by Yoko Shimomura, and she's the only one mentioned in relation to the pre-order "special soundtrack" bonus. If there are other composers involved, they haven't been mentioned, but it's clear she's the main composer.

The names for Xenoblade's hero and heroine could be vaguely heard in last week's trailer. Famitsu has a more formal introduction to the characters:

- Mitsuda is only composing the ending vocal theme. He only joined the project at the tail end, because they decided on the "Xeno" name (lol cash in). They auditioned for a female singer, and a vocalist named Sarah Lim will be singing the ending theme.

- Shinomura is not the sole composer on the soundtrack. There are "many composers" contributing to the soundtrack because of the scope of the music required, but none of them are named. There will be music variations between night and day for each area, as well as battle theme changes depending on the progress in a battle. In total there are over 90 tracks in the game.

- standard attacks are unleashed automatically
- each character has their own set of 'arts'
- combine 'arts' with the 'arts setting' screen
- arts such as 'Slit Edge', 'Back Slash', Light Heal', 'Air Slash' and 'Shadow Eye'
- allies normally use their arts on their own
- 'Party Gauge' fills up as you cooperate with allies, and allows you to use 'Chain Attacks'
- 'Vision' lets the Monado wielder see into the future
- 'Vision' during battle lets you see if you allies are about to take damage
- make changes based on these visions to keep that ally from getting hurt
- move around freely during battle