"On a freezing, rainy day in January, play editors Nick Des Barres and Dai Kohama were invited to Namco Bandai's Tokyo offices for an exclusive glimpse at a top-secret new project, the existence of which had only been made known two weeks before: Tales of Vesperia. A stunning 720p teaser trailer released to the net on the last day of 2007 confirmed that Japan's third- most popular RPG series was going gloriously next-gen, with an aesthetic that can only be describe as "living anime". The trailer made it clear we were dealing with a high-def game, and to paraphrase a statement made by director Yosh[ito] Higuchi in the days following the teaser's release, "that can only mean one of two systems."

Imagine our surprise when we entered a Namco Bandai conference room to find an elaborate shrine-like display of the Tales series's past triumphs...and a lone Xbox 360. The company has been famously high on Microsoft's 'box of late, blessing it with games like Beautiful Katamari, Ace Combat 6, and Eternal Sonata, but the Tales series represents what is arguably the most valuable non-anime brand the company controls in Japan. And it goes without saying, Japan hasn't been too hot on 360. While the revelation of platform proved a shock, so did the quality of the game-but for completely different reasons. Tales of Vesperia manages to trump Ubisoft's Naruto and Namco's own Japan-only iDOLM@STER visually, with jaw-dropping next-gen cel shading and huge, expansive background vistas that seem straight out of a Studio Ghibli film. Best realtime 3-D anime visuals ever? Take a look at these screens and get back to me.

What can we expect from the game itself? More trademark RPG excellence from Team Symphonia (responsible for Tales of Symphonia on Gamecube, and Tales of the Abyss on Playstation 2), with instantly- likeable characters, cunning puzzle dungeons, and, of course, frenetic, pyrotechnic, fighting game-inspired realtime action battles. Vesperia will mark the series's tenth anniversary in North America, and Namco is promising for the first time ever to put real muscle behind its English release. Both Symphonia and Abyss are generally considered to be among the finest J-RPG localizations of all time, so it would seem safe to assume this game will be just as good, if not better. As to when this role-playing animextravaganza might be spinning in our Xboxen, the teaser trailer touted only a release date of "2008" (Namco's lips are sealed on the matter, but the smart money for the initial Japanese release would seem to be fourth quarter).

We wish we were able to tell you more about Tales of Vesperia, but play necessarily walked into Namco Bandai's lair as information virgins, armed only with what we could clean from watching the one minute, fifty-second teaser for hours on end. Although director Higuchi and producer Tsutomu Gouda were unforthcoming with many details (such as the names of any characters besides protagonist Yuri and apparent antagonist Flynn), they were surprisingly candid about other aspects, including the reality of the Xbox 360's current situation in Japan and the perception of the Tales series around the world. It was clear they are very excited about their new baby, and it was impossible not to get swept up by their enthusiasm."


"This magnificent city would seem to be hero Yuri's home town, protected from monsters that run rampant beyond its borders by a huge, translucent barrier visible in the sky overhead."


"Vesperia's cast of protagonists revealed so far. The hero is dark-haired Yuri, described as an "empathetic" youth with a "fully-formed personality" (to contrast with the traditionally immature heroes of previous Tales)."

- ToV uses the EFR-LMB battle system
- there can be twice as many enemies in a battle as Abyss
- there will be huge enemies as well
- there's also some sort of weapon synthesis system, you find materials and power up your weapons
- you won't be able to play co-op over XBL
- and there won't be items that are only distriburted through DLC
- although, for really hard to get items, you could buy them over DLC instead... that's a "possibility"
- there could be rankings for minigames and various Tales stats like max combo, etc
- the opening theme singer is Japanese, but they're keeping the same singer for the overseas version

- Attachment are accessories you can equip and they change the appearance as we already know. They are obtained through synthesis, depending on the materials you have. Each character has different attachment and some character even have 10 of them. Keep in mind that Attachment dont have stats boost or anything like that

- You can mix Cos and Acc together, but some combination cant be done

- All kinds of transportation, boat, airship, flying creature...etc It seems the boat will be used for quite sometime in the game

- The world map is made of 6 continents

- There are three difficulties known so far, and you wont succeed in secret mission if you beat the boss on Easy mode

- The gameplay time is around 50 to 60 hours, longest main scenario in the series supposedly

- After beating the game, you can unlock about half of the achievement then the REAL challenge begins

- Rare weapons, mostly made from synthesis has the Special skill(5 SP in this game), which we all know, its for Hiougi. Usually, you need OverLimits Lv3 to do so

- OverLimits Lv4 requires key item, made from synthesis. In fact, lots of key items like moon selector, limits leo(for OverLimits Lv4?) are made through synthesis. Sorcerer Ring this time around, has levels. Lower levels allow to get rid off measly tree and wood, for stuff like gigant monsters, the path will be blocked til you have a higher level Sorcerer Ring, otherwise you will run into gameover before you notice it

-You play in Efmeed Heights, going towards Kapuwa Knoll or whatever it was called, Rita joins the party.


-Yuri, Estelle, Rita, and Repede are in the party. Karol appears in an event.
-You can use Fatal Strikes, Burst Artes, and overlimit (up to level 2).
-You can use Tokugi, Ougi, and skill changes (each has 7~9).
-Each character can equip about 10 kinds of skills.
-You can alter tactics a little bit.
-You have two recipes you can use. You have items and stuff as well.
-Top character (avatar). You can change it in the game. Repede can't be used, it's like this in the final version as well (most likely because he can't talk to people).
-You can pause the game, you can't save or load, and there's a boss fight. 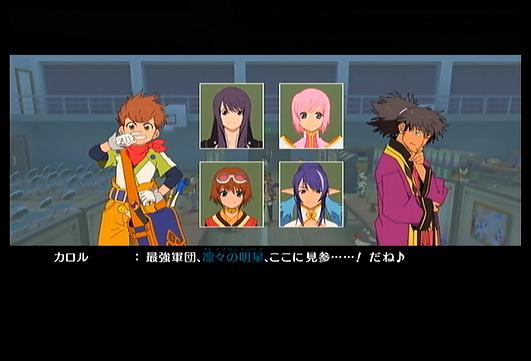 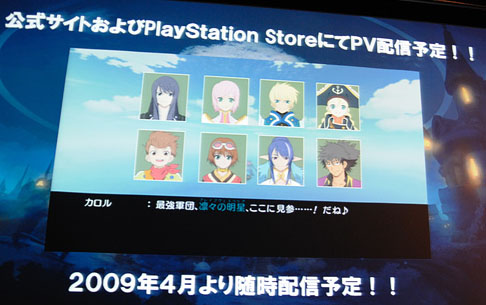 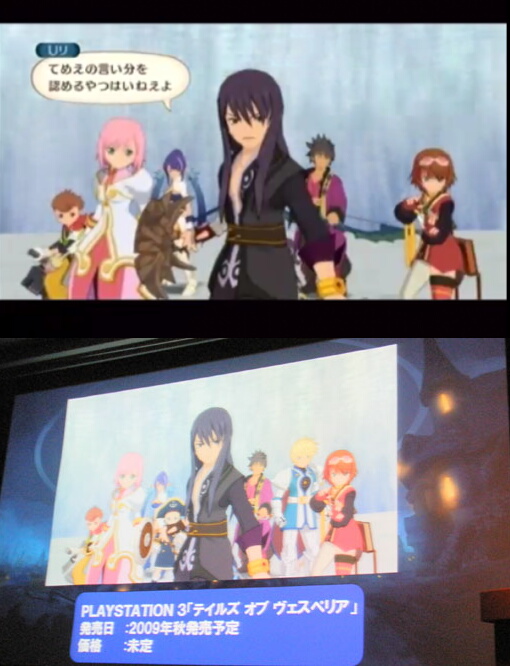 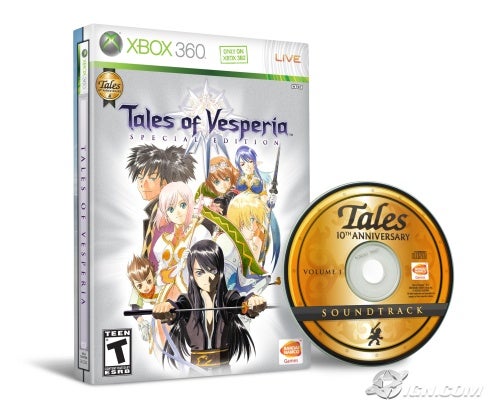 Phoenix Wright: Tales of Vespaio is the answer!!!